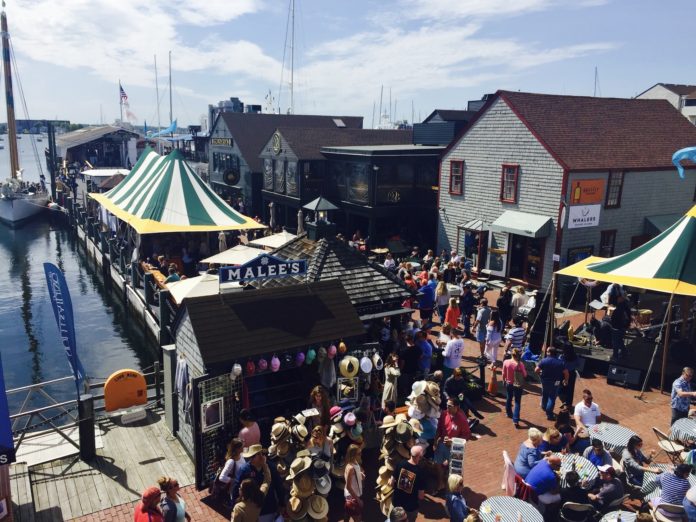 While public health guidance around the exact number of people allowed to gather will change in the coming months, Governor Raimondo today during her press briefing made it clear that it is highly unlikely that groups of more than 50 people will be able to gather at any point this summer.

She recommended that anyone planning an event, music festival, or wedding with more than 50 people through the summer to cancel, postpone, or find a way to celebrate virtually instead.

The Governor said that there may be a possibility to allow up to 100 people gather together in August but it’s still too soon to tell.

At the same time as the announcement, Newport Festivals Foundation announced the cancellation of this year’s Newport Folk Festival and Newport Jazz Festival, citing the Governor’s guidance.

During the Governor’s press briefing, What’s Up Newp asked, “The Newport Folk Festival and Newport Jazz Festival result in an economic impact of $58 million annually for Rhode Island. How can Rhode Island and Rhode Islanders support cancelled events to make sure they survive to see next year?”

The Governor responded by saying ” Such a good question, Ryan and I have been in close contact with Jay Sweet who runs the Folk and Jazz festival and delivered the tough news to him that they are going to have to cancel this year. He will be in touch with his followers around how you can help, as will every festival that cancels. I would encourage everybody, if you can help them out. So I’m sure that they’ll be asking you to donate your ticket back, if you can do that it would be great if you could. We’re certainly going to look at ways that we can help them with some of our stimulus money. I’m going to have to take a very hard look at all of the tourism industry and figure out what we can do to help and I would ask every Rhode Islander to help in any way that you can. If you can make a donation, almost every one of these festivals has a foundation, please if you’re a corporation ,if you’re a wealthy individual, if you care about the arts make a donation if you can. If you bought a ticket and donate it back, do that if you can.”

Following the announcement, events across the state have been announcing their cancellations, including the Washington County Fair and Rhythym & Roots Festival.

On Monday, the Governor announced a strategy to reopen the economy in a phased approach.