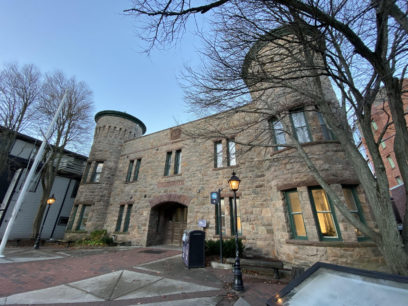 “Every sport has its legends, comprised of people who provide inspiration to take on new challenges and achieve new heights. Sailing is no different, and the accomplishments of inductees to these halls of fame illustrate the breadth of talents and contributions that have shaped the sport over time,” the National Sailing Hall of Fame (NSHOF) wrote on its website. “From skippers to writers, boat designers to sail makers, coaches to syndicate heads, these are the many faces of sailing’s legends”.

According to NSHOF, plans for this long term partnership include joint development of the Hall of Fame exhibits in Newport that will be continually enhanced through the collaboration of the National Sailing Hall of Fame and the Herreshoff Marine Museum & America’s Cup Hall of Fame. Several American inductees are members of both halls of fame, and there are meaningful synergies between the organizations that will enable them to create a world-class visitor experience at the Armory.

In early 2019, the National Sailing Hall of Fame purchased the historic Armory Building in Newport. City officials in March of 2019 formally closed on a deal to sell the upper two floors of the historic Armory building on Lower Thames Street to theNSHOF for $1,685,000.

As the location for many America’s Cup-related activities during the Cup’s 12 Metre era (1958-1983), the Armory holds special significance for many sailors. A broad range of compelling and interactive exhibits are currently being developed with the goal of creating a space where sailing comes alive for both sailors and non-sailors alike.

“Sailing is a sport for a lifetime,” said National Sailing Hall of Fame Executive Director Heather Ruhsam in a statement. “The partnership between the National Sailing Hall of Fame and the America’s Cup Hall of Fame creates an opportunity to introduce visitors to some of sailing’s most interesting personalities. Through their stories we will celebrate and support the sport, designing an experience that invites visitors to explore the world of wind and water.”

“Combining the resources of these two organizations makes perfect sense, and Newport is the ideal place to bring this collaboration to life,” said Herreshoff Marine Museum President Bill Lynn in a statement. “We’re excited about the opportunity to introduce the America’s Cup Hall of Fame experience and its inductees to a new and bigger audience in this historic building in the sailing capital of the United States.”

In addition to the collaborative exhibits in Newport, the Herreshoff Museum is significantly investing in new exhibit development on its Bristol campus. The experience will focus on the Herreshoff Era of the America’s Cup (1893-1934) and other stories that illustrate the Herreshoff Manufacturing Company’s legacy of excellence in design, engineering and manufacturing combined with a relentless drive for innovation.

The opening date for the combined exhibits at the Thames Street venue will be announced this summer, according to NSHOF.