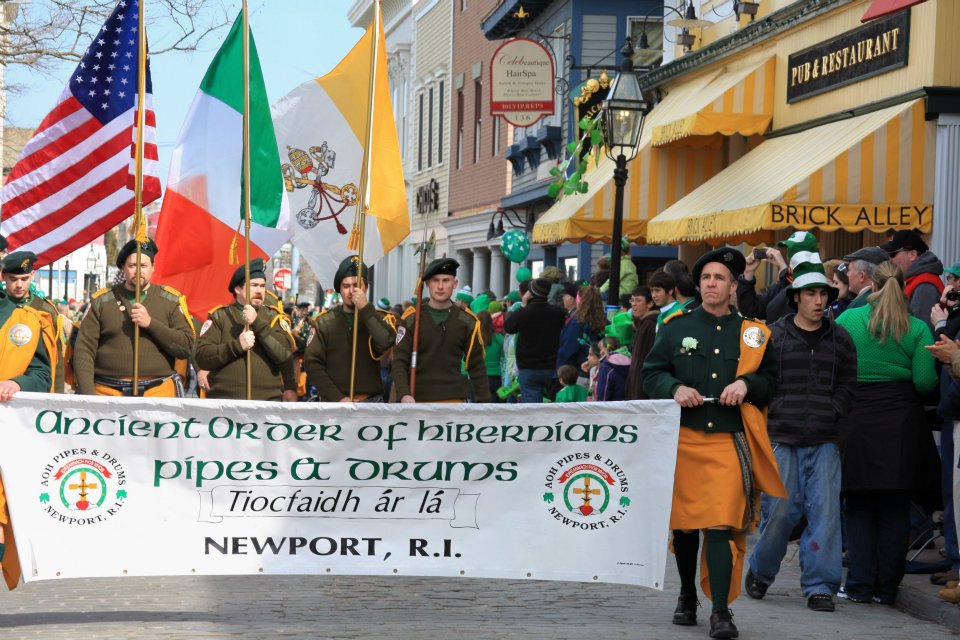 After receiving further direction from the Governor’s Office and the Rhode Island Department of Health, the City Council voted unanimously on Wednesday to cancel this Saturday’s 64th annual St. Patrick’s Day Parade.

After receiving further direction from the Governor’s Office and the Rhode Island Department of Health, the City of Newport has issued a press release saying the Council is expected to vote on Wednesday to “regretfully cancel this Saturday’s 64th annual St. Patrick’s Day Parade”.

The decision, which the City says follows a direct request from Gov. Gina Raimondo is being made with “a heavy heart and out of an abundance of caution”.

City Council members met in emergency session on Tuesday for “purposes of discussing the possible revocation of the parade permit for the St. Patrick’s Day Parade in light of the coronavirus outbreak and based on the recommendation of the Rhode Island Department of Health”. The council voted 4-3 to not revoke the permit.

The City says however, “new guidance from the Governor’s Office was clear and unequivocal”.

The City states in the press release, “as a privately organized event, Newport’s St. Patrick’s Day Parade can only be cancelled at the request of organizers or through a majority vote of the City Council”.

“In light of the firm guidance from health officials and the Governor, I am going to move to vote again on the parade license at tonight’s Council meeting,” remarked Mayor Jamie Bova in the statement from the City, who cast the deciding vote during Tuesday’s vote. “I will be voting to revoke and cancel the parade.”

The Mayor also posted the following on Facebook on Wednesday.

On Tuesday night during an emergency meeting, Leonard, Napolitano, Bova, and Ceglie in voting to keep the parade on as scheduled.

Meanwhile, the parade committee announced on Tuesday that they would “never willfully cancel the parade”.

Meanwhile, the Parade Committee on Wednesday stated that they had never heard from RIDOH or the Governor’s Office.

On Wednesday, Governor Gina Raimondo and the Rhode Island Department of Health told What’s Up Newp that they plan today to offer guidance on upcoming large, organized events to municipalities and organizers.

In addition to the parade, the City writes that their family-friendly St. Patrick’s Day celebration at The Martin Recreation Center, or The Hut, also scheduled for Saturday, March 14, has similarly been canceled as has the traditional pre-parade Irish Breakfast at City Hall, and a planned Welcome Reception honoring a visiting Sister City delegation from Kinsale, Ireland that had been planned for Thursday at the Edward King House.

The City continues “while the risk to Newport from COVID-19 remains low, in light of the rapidly evolving situation and out of deference to Centers for Disease Control and Prevention (CDC) guidance on mass gathering events, State health officials will be announcing new guidance on large scale events such as the St. Patrick’s Day Parade on Wednesday. The decision to cancel the parade reflects that new directive”.

“The City’s top priority is to provide our residents and visitors a safe and healthy place to live, work and play. Accordingly, we’re encouraging all Newport residents to follow preventative measures to avoid illness, such as washing hands frequently, covering your face when sneezing or coughing, and staying home if you are feeling sick. Anyone with symptoms consistent with the flu or respiratory illness are also urged to call their primary care physician or contact the State’s COVID-19 hotline at (401) 222-8022,” the city writes.

Under State law, the Rhode Island Department of Health serves as the lead agency for responding to all public health emergencies, and we are committed to doing our part to ensure that the State’s response is as effective as possible.

“We thank you for your understanding, and would like to offer our deepest appreciation to all of those who volunteer throughout the year to organize Newport’s annual St. Patrick’s Day Parade. We look forward to its return in 2021 and wish all a safe and happy St. Patrick’s Day,” the City concludes.

More information about the City’s response to the COVID-19 outbreak can be found online at www.CityofNewport.com/COVID19.