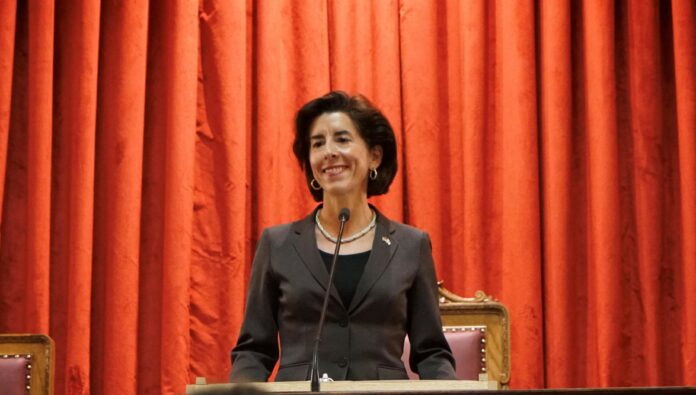 Gov. Gina Raimondo promised robust programs to improve transportation, education, housing, the environment, increasing the minimum wage, while offering tax cuts and no solution to the state’s $200 million deficit,  in her State of the State Address to both houses of the General Assembly tonight.

And it comes with a backdrop of what Len Lardaro, an economist at the University of Rhode Island says is a slowing economy in Rhode Island and nationally, and a 50-50 chance the state falls into recession by year’s end.

With legislators, other general officers, the judiciary, and her family looking on, Raimondo’s proposals were often met with vigorous applause. She touted success in job training, road construction, a school building bond.

Among the highlights, Raimondo said:

Among the issues she did not addressed was the legalization of marijuana, which legislative leaders have already said they would oppose.