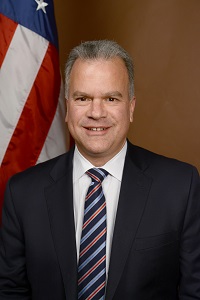 State Representative Nicholas Mattiello, D- Cranston, speaker of Rhode Island’s House of Representatives and considered by many to be the most powerful politician on capitol hill, is in a battle for the seat he’s held for 14 years and is putting his financial resources to work. He’s been raising funds from some of the state’s most prominent individuals while spending nearly $100,000 on consultants, all within the last few months.

Finance documents filed with the state Board of Elections disclosed that from July 1 to Oct. 15, Mattiello reported adding nearly $75,000 to an already substantial campaign fund, while spending $165,506 during the three-month period.

Two years ago, Mattiello won a close re-election campaign. This year he faces Barbara Ann Fenton Fung, wife of Cranston Mayor Allan Fung, who is not running for re-election because he’s term-limited. Fung is well behind in the fundraising race, showing a balance as of Oct. 6 of $27,941, raising $20,000 during the three-month period. She spent $27,349 from July to October.

Mattiello was first elected to the District 15 seat in 2006 and rose to House Majority Leader in February 2010. He was elected Speaker of the House in 2014. As Speaker, he has considerable control in determining which bills are sent to House committees and are eventually voted by the full House of Representatives. The governor’s budget also comes under review by the House, while both chambers eventually vote approval of the revised budget.

Candidates are required to submit campaign fund forms to the state Board of Elections quarterly, including 28 days before an election. The report recently filed by candidates covers the period of July 1 through Oct. 5.

Politicians in key leadership roles are traditionally the strongest fundraisers because they are perceived to have the greatest influence. Besides Mattiello, two Democrats who are in top leadership positions are running unopposed and have amassed substantial campaign funds. Rep. K. Joseph Shekarchi, D-Warwick, the House Majority Leader, reported cash on hand of $1,165,000 and Rep. Marvin Abney, D-Newport and Middletown, the House Finance Chair, has a balance of $135,054.

Mattiello, a lawyer, has spent nearly $100,000 since July on consultants for a job with a base pay of slightly more than $15,000. He’s paid Checkmate, a strategic communications firm in East Greenwich some $70,000. The company’s partners are Brad Dufault, son of the former chairman of the Rhode Island Democratic Party, and former state Rep. Ray Sullivan. Mattiello also paid Winning Ways $18,000, besides other consultants.

Mattiello also donated to more than two dozen Rhode Island politicians, most running for state House of Representatives, most for $1,000 and a few as low as $300.  Four of those to whom Mattiello donated lost in primary elections for House seats, and one, Mario Perez of Johnston defeated a candidate Mattiello had supported in the primary election. He also donated to the campaign of Jessica Marino, a council candidate in Cranston. Presumably, those donations help shore up his support for Speaker if he is successful in the general election.

Shekarchi, while not facing any general election competition, still needs to win support to retain his position as House Majority Leader (or if Mattiello loses perhaps the Speaker’s position). He donated to about 15 other House candidates.

Donors to Mattiello reads like a list of prominent businessmen and women, from health care to construction to the arts. 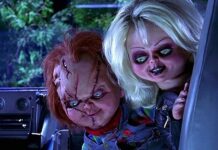