Partners for Places, a project of the Funders Network, announced this morning a grant award of $54,240 to The City of Newport to support residents of Newport’s North End neighborhood with tools to participate in critical municipal discussions that affect the neighborhood. The award was matched locally, totaling $108,479. Generous local grantors include Prince Charitable Trusts, Rhode Island Foundation, and van Beuren Charitable Foundation. This is a highly prestigious award, funding only six projects across North America including Ann Arbor, MI; Burlington, VT; Chicago, IL; Douglas County, KS; Newport, RI; and Park City, UT. Eastern Rhode Island Conservation District (ERICD) is the lead partner on this project.

The primary focus of the project will be to engage residents to discover nature-based solutions to flooding caused by stormwater runoff due to poor drainage in the area. The North End is vulnerable to stormwater pollution and flooding, a leading cause of water quality impairment such as increased bacteria levels in surface water. According to the RI Green Infrastructure Coalition, increasingly intense storms due to climate change have doubled the number of precipitation events in Rhode Island (> 2 inches of rain in less than 48 hours) occurring annually since 1914. Green infrastructure installations mimic natural water filtration and reduce flooding of polluted stormwater.

In partnership with the Newport Health Equity Zone (HEZ) and City of Newport Utilities Department, ERICD will bring together the critical voices of North End residents and propel them into more discussions about what green infrastructure installation and open space will be best in their neighborhood. Jessica Walsh, Director of Prevention at Women’s Resource Center and HEZ collaborator said, “The Newport HEZ is excited to support the work of the City of Newport and ERICD to address environmental justice concerns in the North End of Newport.”

“This novel collaboration between ERICD, The City of Newport, HEZ, this group of local funders, and the residents of the North End will form a new long-term relationship to enhance local sustainability,” said Sara Churgin, District Manager for ERICD.

The North End of Newport has been identified as a critical area for near-future economic and innovation development in the Newport Comprehensive Plan and Newport Tree, Park and Open Space Master Plan. According to the Open Space Master Plan, the North End includes 44% of Newport’s population and 53% of children and youth under 14. Angela McCalla, who represents the North End neighborhood as First Ward City Councilor said, “It is important for us to set an example for our children to have pride of place and be involved in the decisions that are made about our community. Incorporating civic engagement with environmental responsibility will ensure a healthy, green future for the City of Newport.”

Partners for Places, a joint effort by the Funders’ Network for Smart Growth and Livable Communities (TFN) and the Urban Sustainability Directors Network (USDN), pairs local governments with philanthropy to support sustainability projects across the U.S. and Canada. Partners for Places is a successful matching grant program that creates opportunities for cities and counties to improve communities by building partnerships between local government sustainability offices and place-based foundations. National funders invest in local projects to promote a healthy environment, a strong economy, and well-being of all residents. Through these projects, Partners for Places fosters long-term relationships that make our urban areas more prosperous, livable, and vibrant. The grant program provides partnership investments between $25,000 and $75,000 for one-year projects, or $50,000 and $150,000 for two-year projects, with a 1:1 match required by one or more local foundations.

To date, Partners for Places has awarded nearly $7.4 million across North America in this successful matching grant program, leading to more than $16 million in investments. 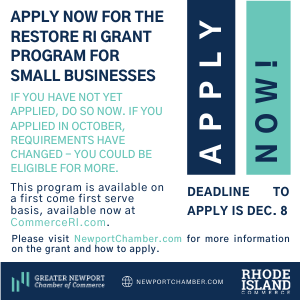