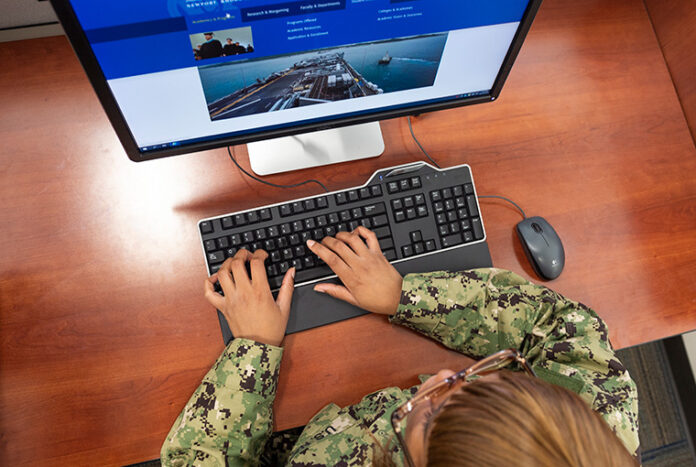 This story originally appeared on www.usnwc.edu, see the original story and read more from the Naval War College here.

“The closure of the college’s CD-ROM Program necessitated the development of a pathway to JPME-I certification in less than 12 months to satisfy the Navy’s requirement for the joint education of its officer corps,” said Dean of the College of Distance Education Walt Wildemann.

Officials said they were able to condense the time frame without sacrificing quality by doing away with administrative pauses and some redundancies in the coursework of the legacy Web-Enabled Program.

“The goal was to deliver JPME-I education in a shorter period of time while maintaining the graduate-level standards and professional military education career requirements,” said Tim Garrold, deputy dean of the College of Distance Education.

Adding to the efficiency, students will now only register once for the program, instead of having to register three times – once for each core course – in the past. The new design is a single program made up of five blocks.

The first eight seminars in the new program started Nov. 15, and similar numbers will follow each quarter. The seminars, which accommodate 20 students each, are moderated by full-time and adjunct faculty members.

The online program is intended for Navy, Marine Corps and Coast Guard officers whose career commitments make them unable to complete the certification in residence at the War College or in the face-to-face classroom model of other College of Distance Education programs.

Unlike the Naval War College’s 10-month resident program and the non-resident Fleet Seminar Program, the online program is not accredited to award the Master of Arts degree in defense and strategic studies. However, the program fully covers the concepts and skills required for the award of JPME-I credit.

The program engages students in the complexities of the national security and theater security arenas and develops their critical-thinking skills.

Successful students will gain an understanding of the fundamentals of U.S. national security policy and military strategy – and appreciate the relationships between the two. Students will also learn to plan and conduct military operations that achieve national-level goals and objectives.

The program also introduces students to the role of both political and military leaders in the formulation of policy, the planning of joint and combined military operations and the conduct of war.

Students who completed College of Distance Education core courses through the Fleet Seminar Program, the former Web-Enabled Program or the former CD-ROM Program will receive credit for the appropriate blocks of the new online program.

To submit an application for the Online Naval Command and Staff Program, or for more information, go to https://usnwc.edu/college-of-distance-education/Online-Program.