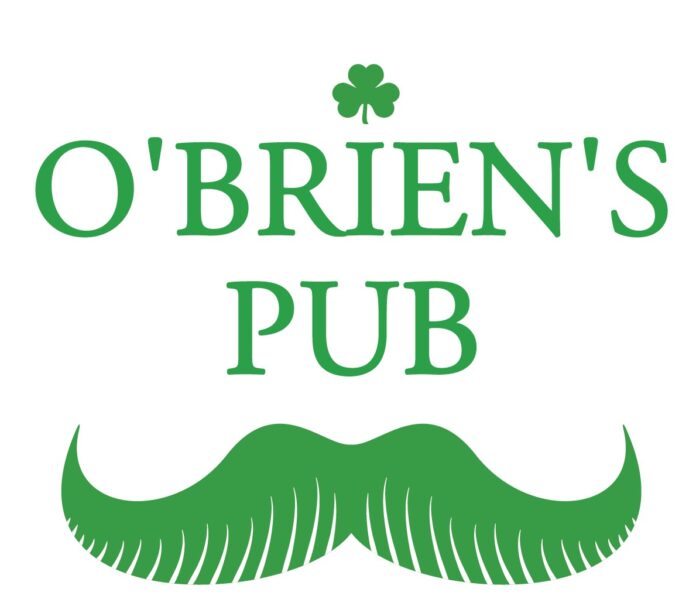 O’Brien’s Pub is celebrating their 40th Anniversary this month.

Diana Lavery, Marketing Manager for O’Brien’s Pub, provided What’s Up Newp with the following information, look back, and invite to the public;

“Happy 40th anniversary to us! Located in the Fifth Ward – Lower Thames Street district of Newport, Rhode Island, O’Brien’s Pub opened in October 1979 and has easily became a Newport staple for locals and tourists alike,” writes Diana Lavery, Marketing Manager for O’Brien’s Pub in a press release provided to What’s Up Newp. “Because we’ve been in business for so long, we like to think we become closer each year with those who support us so much – our community. It’s true that a portion of our business is visiting tourists, but it’s also more true that without our local community’s support, we would not have reached our current level of success”.

O’Brien’s Pub three current owners Tom Regan, Greg Fater and Regina Jones (wife of the late George Jones) have been involved with the pub since its opening. O’Brien’s Pub had five original owners, the aforementioned and Roger Fontaine and Jay O’Brien.

“We at O’Brien’s Pub strive to be active participants in our local community. We proudly are involved with and continuously support many local organizations such as the Ancient Order of Hibernians, Lucy’s Hearth, Potter League, Visiting Nurse Home & Hospice (VNA) of Newport, Newport St. Patrick’s Day Parade Fundraiser, Ocean State Job Lot Charitable Foundation, Salve Regina University, Newport Little League/Newport Babe Ruth, Newport County Mental Health and so many more,” Lavery continues. “Our owners and management have spent many years in Rhode Island, so giving back to our community as a “thank you” is incredibly important to all of us at O’Brien’s Pub”.

As many business owners know, it’s not easy staying in business for so long, and it hasn’t always been perfect for O’Brien’s Pub.

“Greg Fater, George Jones and I always joked that we had no restaurant experience when we first opened O’Brien’s, but I think we’re doing something right!” said Tom Regan, one of the three co- owners of O’Brien’s Pub in a statement. “We would personally like to thank all our loyal customers, employees, friends, family and community for our success over the past 40 years. We never could have done it without everyone’s help.”

Lavery continued; “O’Brien’s is open year-round. The best time to visit is in the late spring, summer and early fall so guests can our enjoy our large outdoor patio that just so happens to be kid- and dog-friendly. When people think of O’Brien’s, it is almost certain they think of our patio fountain. We’ve learned the best way for parents to enjoy their patio time is for their children to be occupied playing and “fishing” at our fountain. Aside from being a kid-friendly restaurant, O’Brien’s also offers a doggie menu, allowing customers to dine in with their furry friends. In winter months, the fireplace inside and adapted menu adds warmth and coziness to our pub. O’Brien’s is also a great place to catch your favorite sports team on one of our many indoor and outdoor TV’s”.

“We invite guests to join us this Friday, October 25th between 12pm and 8pm for a special 40th anniversary menu, where some of our favorite items are only $4.00,” Lavery concluded!