Of the hundreds of stained-glass designs Naval Undersea Warfare Center (NUWC) Division Newport employee Laurie Dutra has crafted, she has kept only three. The bulk of them weren’t broken or lost; rather, they were gifted. She spoils everyone in her personal and professional network, on birthdays, Christmas, anniversaries and special occasions, with a custom stained-glass window. Not surprisingly, she already has started working on her gift list for the upcoming holidays.It’s one of the ways this executive analyst finds work/life balance. With her full-time work responsibilities juggling Technical Director Ron Vien’s schedule, Dutra balances it all like a pro.

“I deal with the daily whirlwind so he can juggle the big important goals of the organization,” Dutra said. “I love it. The people you work with are just as important as the work you do.”

Dutra, a resident of Newport, Rhode Island, and a 28-year veteran of NUWC Division Newport, said that’s what turns her extra-curricular passion into an act of giving. The significance is not lost on her that she spends her “me” time doing something nice for others. The mother of three and grandmother of three boys said it’s just natural and special for her. Spare time is rare, as her family keeps her busy, but she loves every minute she spends with her grandsons and makes sure to eke out time for her stained-glass projects.

Artwork ideas come from memories, loves and losses that motivate her as she solders into place each piece of glass and lead to create technicolor collages.

“I’ve always loved stained glass, but never the old church window look,” Dutra said. “I find out what people like, from sports to music or animals, and I incorporate that into the design. My nephew loves sharks, a colleague loves cardinals, and my late husband loved guitars, so that inspires me.”

Family gave her lessons at Bosgraaf Studio in South Kingstown, Rhode Island, for Mother’s Day in 2009, and she has gone there almost every week since, minus a little self-care hiatus. Dutra has become quite adept at the intricate, multilayered process over time, but still has shattered too many pieces of glass to count.

“We all know the sound of breaking glass,” she said. “It happens all the time in the cutting phase. But it’s still heartbreaking.”

Starting with a pattern she finds online, Dutra traces that pattern onto a piece of oak tag, or thick paper resembling cardstock, using carbon paper. Then carefully cutting each shape and curve with foil shears, she allows space for the lead in between each piece.

“I’m not an artist in any way. I can’t draw a straight line,” she said and laughed. “But I can cut a piece of glass from a pattern!”

Scoring the chosen pieces of glass with pliers and grinding all the surfaces provides texture and stronger adherence, she said. The type of glass differs for each design, from thick opaque hues to thinner more fragile layers. Cutting them to fit the pattern, she said certain shapes aren’t able to be cut because of the extreme angles and excessive points.

“If the angles intersect in an odd way, there’s no way to score it and prevent the glass from breaking,” she said.

Once the edges are scored and the glass is cut, she washes every piece with soap and water to remove the oak tag and grinder dust. She wraps each edge with black-backed copper foil, crimps it tightly and lays all the pieces down in the pattern, so the edges are almost touching. She then connects all those edges with flux and her soldering iron using a 60/40 lead-to-silver-solder blend.

“I have made small pieces like Christmas ornaments, and it only takes a couple of hours, but larger, more complex pieces, could take weeks or months,” Dutra said. “I don’t think I’m artsy, I have a total left brain, but I’m more creative than I give myself credit for. And I’ve received such positive feedback, so I’m glad that the thing I do for relaxation is beautiful to others. 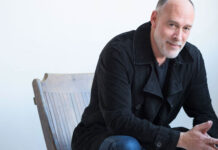