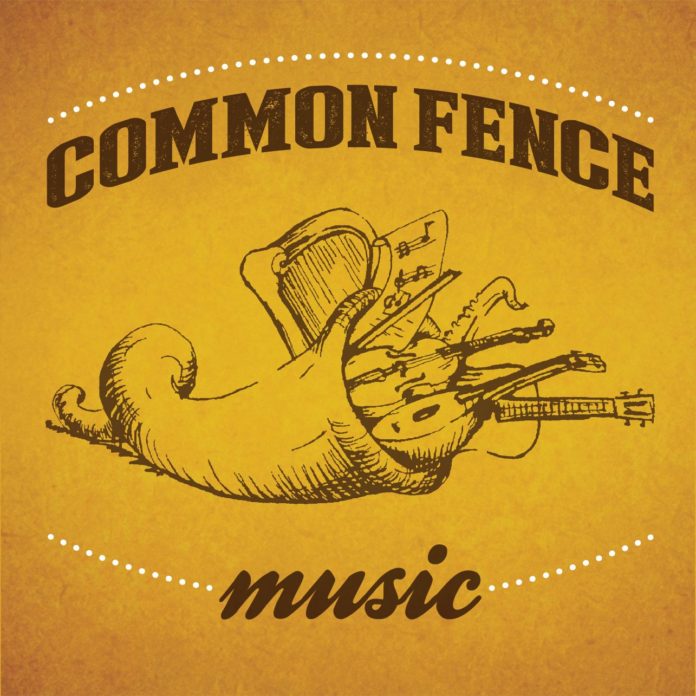 Tickets for the full season are available now at commonfence.org/schedule. To celebrate returning to the recently renovated CFP Arts, Wellness and Community Center (formerly Common Fence Point Hall), Common Fence Music is offering a special 10% discount on all tickets ordered through July 20, 2019. Ticket code and purchase details below.

Following a tumultuous year of touring venues in Aquidneck Island and the East Bay, Common Fence Music almost ceased operations.  We weathered the storm through the amazing support of our family of volunteers and donors. This season is our chance to give back to our wonderful supporters through our mission of celebrating and preserving diverse folk music traditions by creating community-based opportunities for cultural exchange. Our concert series will take us back to the newly renovated CFP Arts, Wellness and Community Center as well as the beautiful Casino Theatre in Newport, RI and the cheerful Hope & Main in Warren, RI.

“Our supporters have shown incredible generosity throughout the past year, thanks to which Common Fence Music remains one of the best values for live music in New England.  Nowhere else can you experience world class talent in genuinely intimate venues with such a community focus,”  says artistic director Erin Young. “We’ve developed deeper partnerships, our team is the strongest it’s ever been, the CFP hall is beautiful – we couldn’t be more excited for our 26th season to begin! We are so grateful to be able to continue working in support of our cultural mission and share such an incredible array of artists with the community. This season will truly be something special.”

Common Fence Music’s 26th season will feature a special assortment of folk music, cultural celebration, and seasonal gatherings throughout the fall.  After the opening concert with Woody Pines, we will welcome Radio Jarocho, masters of the rowdy upbeat and at times melancholic music of Veracruz Mexico.  In October we will celebrate the release of folk/bluesman Jonah Tolchin’s new album, Fires for the Cold, as he headlines a show with Dan Blakeslee.  November will see the 3rd Annual Fall Moon Festival featuring some of the industry’s greatest female voices followed later in the month by Front Country and their brand of high-spirited, progressive bluegrass.  We will close out the season with two high demand shows with the always popular Sweetback Sisters’ Country Christmas Singalong Spectacular! and The New Year’s Eve Folkstravaganza hosted by The Vox Hunters which promises to finish the year with a foot stomping, square dancing good time.

Tickets for all concerts are now available to purchase at commonfencemusic.org/schedule.  Use promo code FALL2019 at checkout for a 10% discount on all purchases through July 20, 2019.

Annual Memberships are also available for purchase. With each membership you receive a $2 discount per ticket as well as early entrance to concerts, a subscription to our newsletter NOTES, early access to tickets and invitations to special events and programs.  Solo memberships are $25 and Duo Memberships are $40. For more details, please visit commonfencemusic.org/membership.

Are you a local business looking to reach an engaged audience?  Consider becoming a title sponsor for Common Fence Music. Details are available at commonfencemusic.org/sponsor.

With his catchy rhythms, jumpy lyrics, and wildly delirious sense of fun, this Nashville troubador is famous for the kind of raise-the-rafters, boot-shakin’ jump blues that used to be banging out of juke joints all over the South in the late 1940s. Having traveled all over the streets of this country, road testing his songs and “hillbilly boogie” sound, Woody draws from the catchiest elements of the music he loved, adding in hopped-up vintage electrification to get that old country dancehall sound down right. In other words, the perfect soundtrack for our homecoming!

Keeping with the spirit of the event, barbecue pulled pork sandwich plates and country style pie will be available from the CFM kitchen in addition to our signature selection of baked goods and beverages. For those who prefer to carry in their own fare, this event will be BYOB & Picnic.

“The band’s beautiful execution of the classics, new compositions faithful to the genre and gentle pushing of son jarocho’s musical envelope refresh the music for these times.” – Catalina Maria Johnson, NPR Music

Radio Jarocho plays the rowdy, upbeat, and at times melancholic music of the countryside of Veracruz, Mexico, and has been mixing it with the sounds of New York’s urban life for over ten years. They deliver performances that are passionate, energetic, and true to the roots of the genre.  Radio Jarocho have played concerts at festivals and venues in the east coast, including the Kennedy Center, Brooklyn Bowl, Joe’s Pub, La Casita at Lincoln Center, Le Poisson Rouge, Celebrate Mexico Now! and Celebrate Brooklyn. They released Rios de Norte y Sur, their first studio production together, in May of 2018. With this album, for which they partnered with son jarocho legend Zenen Zeferino, Radio Jarocho celebrate the music that unites Veracruz, New York, Mexico and the United States through original songs and new arrangements, offering a modern take on a traditional genre by fusing it with sounds that have become part of New York City’s musical fabric.

Our signature selection of fresh soups, baked goods and beverages will be available from the CFM kitchen. For those who prefer to carry in their own fare, this event will be BYOB & Picnic.

Jonah Tolchin has wrestled with a wellspring of emotions in his 26 years, and in the process, has consistently found the means of integrating his sentiments into his songs. Touring in celebration of his new Yep Roc release, Fires for the Cold, Tolchin lays bare the conflicts and quagmires that have engulfed him over the course of the last few years. The ending of a marriage and an upheaval in his mindset left him shattered, confused and struggling to find the solace that had eluded him for too long a time. Writing the songs became a kind of catharsis, one that found him sharing his most intimate feelings and, in turn, searching for a resolution and the answers he’d been searching for. Featuring a collection of notable guests including Jackson Browne, Ricki Lee Jones and Sara Watkins, Fires for the Cold exhibits some of the most beautiful melodies and emotive offerings Tolchin has delivered throughout his steadily evolving career.

Opening the show is Maine folk troubadour Dan Blakeslee. With a suitcase of songs, Blakeslee ventured into the subways of Boston in 1995 to practice his craft. He has been making music and art throughout New England ever since, leading him to tour the U.S. performing with The Low Anthem, David Wax Museum, Lydia Loveless, The Lumineers, Liam Finn, Brown Bird, Joe Fletcher, Death Vessel and Kimya Dawson among others. Now based in Rhode Island, Blakeslee is unafraid to bare his very soul on stage, emptying a loaded cache of emotion and passion onto the stage for all to witness, explore and devour.

A selection of snacks, baked goods and beverages will be available from the CFM concessions table. For those who prefer to carry in their own fare, this event will be BYOB & Picnic.
3rd ANNUAL FALL MOON FESTIVAL

Our acclaimed Fall Moon Festival is back, celebrating the art of song and the songwriters who create them. With a lineup of five strong acts, this year’s festival stresses the importance of women in folk music and the female perspective in art, in all its variations. This year’s event will include singer-songwriter Heather Maloney (who will also emcee), Jocie Adams (Arc Iris, The Low Anthem) and more still to be announced. Held in the beautiful historic Casino Theatre, this is the biggest event of the fall season, and one that is not to be missed!

Touring in support of her June 2019 release, Soil in the Sky, Massachusetts-based singer-songwriter Heather Maloney has a voice that is both gorgeously raw and refined, delivering lyrics that present emotional maturity and realism.  Stitched together from personal and universal ecstasy, loss both intimate and ancient, Maloney’s fourth full-length release is a collage of tremulous folk, existential ballads, and assertive rock.

Formerly of progressive folk-rock band The Low Anthem, songwriter and multi-instrumentalist Jocie Adams is the founder and frontwoman of the genre-blurring band Arc Iris. Covering the spectrum of sound between bare acoustic folk, alt-jazz and decadently lush electronica, Adams – a classically trained composer – and Arc Iris continue to push the envelope of the modern sonic experience. The band just celebrated the release of their Friends and Lovers EP in June 2019, a five-song collection of imaginative takes of classics from artists such as Led Zeppelin and Leonard Cohen.

An acoustic band born in the land of tech innovation, Front Country was never going to be accepted as an authentic American roots band out of the gate. Cutting their teeth in progressive bluegrass jams in San Francisco’s Mission District and rehearsing in the East Bay, they learned to play roots music their own way, with the tools they had on hand. A mandolinist with a degree in composition. A guitarist trained in rock and world music. A bassist equally versed in jazz and bluegrass. A female lead singer with grit and soul that was also a multi-instrumentalist and songwriter. In a wood-paneled country dive bar in the shadow of the San Francisco skyline, Front Country forged a sound hell bent on merging the musical past with the future.

Our signature selection of fresh soups, baked goods and beverages will be available from the CFM kitchen. For those who prefer to carry in their own fare, this event will be BYOB & Picnic.

Christmastime is here again and so are the Sweetback Sisters with their 11th annual Country Christmas Singalong Spectacular! This wildly popular show delivers a veritable explosion of yuletide splendor, complete with trivia, prizes, and, of course, all the holiday tunes you know and love. Year-round, the Sweetback Sisters and their band of brothers wow audiences with their precise, family-style harmonies and blazing instrumentals. For this show, the Queens of Christmastime bring their signature mix of modern nostalgia to a wide array of holiday classics and hidden gems that are sure to get even your scroogiest uncle in a festive spirit. Songbooks and plenty of warm fuzzy feelings provided.

Our signature selection of fresh soups, baked goods and beverages will be available from the CFM kitchen. For those who prefer to carry in their own fare, this event will be BYOB & Picnic.
NEW YEAR’S EVE FOLKSTRAVAGANZA

with The Vox Hunters and friends

Back by audience request, our New Year’s Eve Folkstravaganza is a fun-filled celebration of things both old and new. Hosted by Rhode Island favorites The Vox Hunters, this talented duo of Benedict Gagliardi (concertina/guitar) and Armand Aromin (fiddle/clogging) deliver an exciting evening of traditional tunes, pub singing, and square dancing  that’s high on audience participation and holiday joy, all with the help from musician friends from across the country. Instead of watching the ball drop, we’ll be counting down to a hoedown! Grab your partner and get ready for a New Year’s Eve full of music and revelry.

A selection of snacks, baked goods and beverages will be available from the CFM concessions table. For those who prefer to carry in their own fare, this event will be BYOB & Picnic.