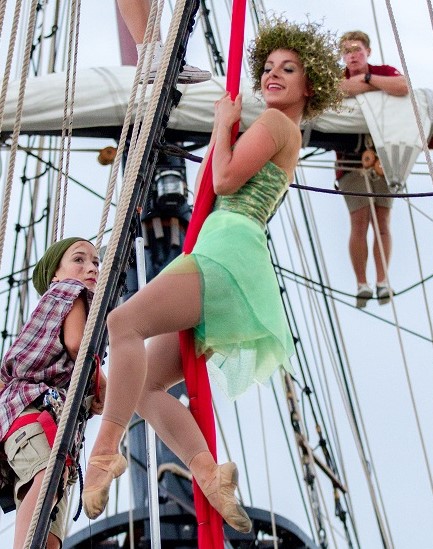 The ballet was premiered in 2016 with support by a grant from the National Endowment for the Arts.  The debut run featured four performances that quickly sold out, and a fifth show was added. Coast Guard regulations limit occupancy on the ship which restricts the number of tickets available to 80 for each performance.  The 2018 production will feature 7 performances September 6-9, 2018, and the original score performed live under the direction of composer Tobias Andrews. Sponsorships of Second Star to the Right are available, and tickets can be purchased online at www.IslandMovingCo.org or over the phone at (401)847-4470.