Common Fence Music will present An Evening With Mary Gauthier on Saturday, April 28th at 8 pm.

Known for her painfully honest lyrics and tender melodies, Americana artist Mary Gauthier has found songwriting to be a source of healing and strength, helping her to move beyond her troubled past. Dealing with issues of abandonment and adoption, Gauthier began abusing drugs and alcohol at a young age and continued to struggle with substance abuse until she was arrested for drunk driving in 1990. She has remained sober ever since. She wrote her first song at age 35, driven to the art by her sobriety, releasing her first album in 1997, and then fully devoting herself to music in 1998. After twenty years of successfully attracting audiences with her award-winning music and relatable candor and poeticism, Gauthier will be performing in support of one of her most important albums to date.

All eleven songs on her tenth and most recently released album, Rifles and Rosary Beads (January 2018), have been co-written with and for wounded veterans and their spouses as part of Darden Smith’s five-year-old Songwriting With Soldiers program – eleven of the nearly 400 songs that have been written through the program.

An average of twenty-two veterans commit suicide each day; each year, seventy-four hundred current and former members of the United States Armed Services take their own lives. It seems trivial to suggest those lives might be saved — healed, even — by a song. But none of the soldiers who have participated in the program have taken their own lives, and there’s nothing trivial about that. Something about writing that song — telling that story — is healing. What Smith calls post-traumatic-growth.

Though she may not be familiar with the trauma of combat, one thing that Mary Gauthier knows is how to heal through music. “I felt unqualified,” she says. “I didn’t know anything about the military… I didn’t feel I knew how to be in the presence of that much trauma without being afraid. But… as an addict, I know addiction is self-medication because of suffering, and beneath that pain is always trauma… Songwriting saved me. It’s what I think the best songs do, help articulate the ineffable, make the invisible visible, creating resonance, so that people (including the songwriter) don’t feel alone… My job as a songwriter is to find that thing a soul needs to say… Turns out, I was able to sit with the veterans with a sense of calmness and help them articulate their suffering without fear. I was shocked by that. And I took to it.”

The concert will take place at Common Fence Point Hall, 933 Anthony Road, Portsmouth, RI. Tickets to the show are $22 in advance, $25 at the door. Tickets and information may be obtained at CommonFenceMusic.org, or at BrownPaperTickets.org by searching Common Fence Music. Tickets will also be available for purchase at the door. $20 tickets are available to US military at the door, or in advance by calling (401)683-5085 or emailing erin@commonfencemusic.org.

The Common Fence Point Hall is located at 933 Anthony Road, Portsmouth, RI. Per tradition, all shows at CFM’s Portsmouth venue are BYOB & Picnic. Concert-goers are invited to bring food and beverages to enjoy during the performances. Seasonal soups, homemade refreshments and soft-drinks will also be available for purchase. The hall is fully accessible. Ticket prices vary. For more information about Common Fence Music, please visit CommonFenceMusic.org, or call (401)683-5085. 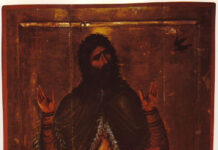 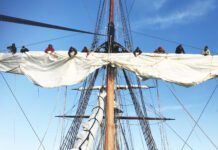