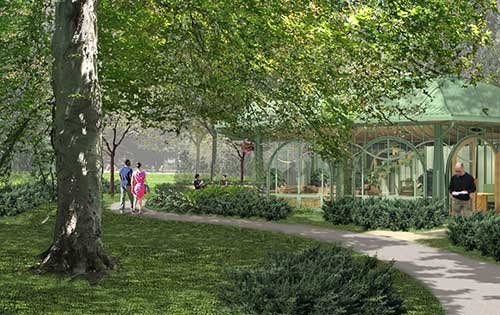 Friends of Newport Preservation announced via a press release on Thursday that they have supporters from coast to coast that are joining them in saying, “Don’t Break The Breakers!”

As of this week, the group says their digital petition has earned signatures from all 50 U.S. states.

The petition, titled, “Protect & Preserve Newport: Stop The Breakers Welcome Center,” is addressed to The Preservation Society of Newport County. Petition signatories urge the organization to relocate the proposed visitor center off the property and restore the historic landscape of The Breakers. The petition states, ‘Moving the center will create a “win” for Newport, its visitors and the Preservation Society.”

The petition can be found online at Change.org and features many heartfelt comments from signatories, click here to view the petition on Change.org.

National and local experts, scholars, preservationists, Vanderbilt family members, and others have voiced concerns about the long-term impacts of the Society’s plan.  “A 3,700 square foot facility the size of a four bedroom house will destroy the historic authenticity of The Breakers property,” Elizabeth “Lisette” Prince of the Friends Group said. “Once you put it there you can’t go back.  The landscape, which has been ignored, is part and parcel of The Breakers and must be preserved.”

“Additionally, restoration will be far more beneficial over the long term,” Prince added. With that in mind, the community has offered a reasonable compromise of locating the visitor center across the street in The Breakers parking lot.

When asked for comment on the latest press release from Friends of Newport Preservation, The Preservation Society of Newport County shared the following statement with What’sUpNewp – “The proposals being put forward by the welcome center opponents are not new. The Preservation Society has met with them nearly a dozen times since the project was first proposed in 2013. Our plan was approved, and their ideas were considered and rejected, by the Rhode Island Historical Preservation and Heritage Commission, and that decision was recently re-affirmed in a letter from the Commission. We have raised $5.5 million for this project from preservation-minded people; we have hired a local company, Behan Bros. as our general contractor; and we are excited to be moving forward with the construction of this beautifully landscaped building that will finally give visitors to The Breakers the amenities they deserve.”

Earlier this month the Friends group hosted experts at a community forum event where guests were able to see the possibilities for restoration of the property’s landscape as well as an alternative visitor center design. The event culminated in a discussion of a $200,000 challenge grant to fund the restoration of The Breakers historic landscape offered by Ronald Lee Fleming, a nationally known preservationist and planner and member of the Friends group.

The Friends group remains confident that Newport’s crown jewel can be saved.