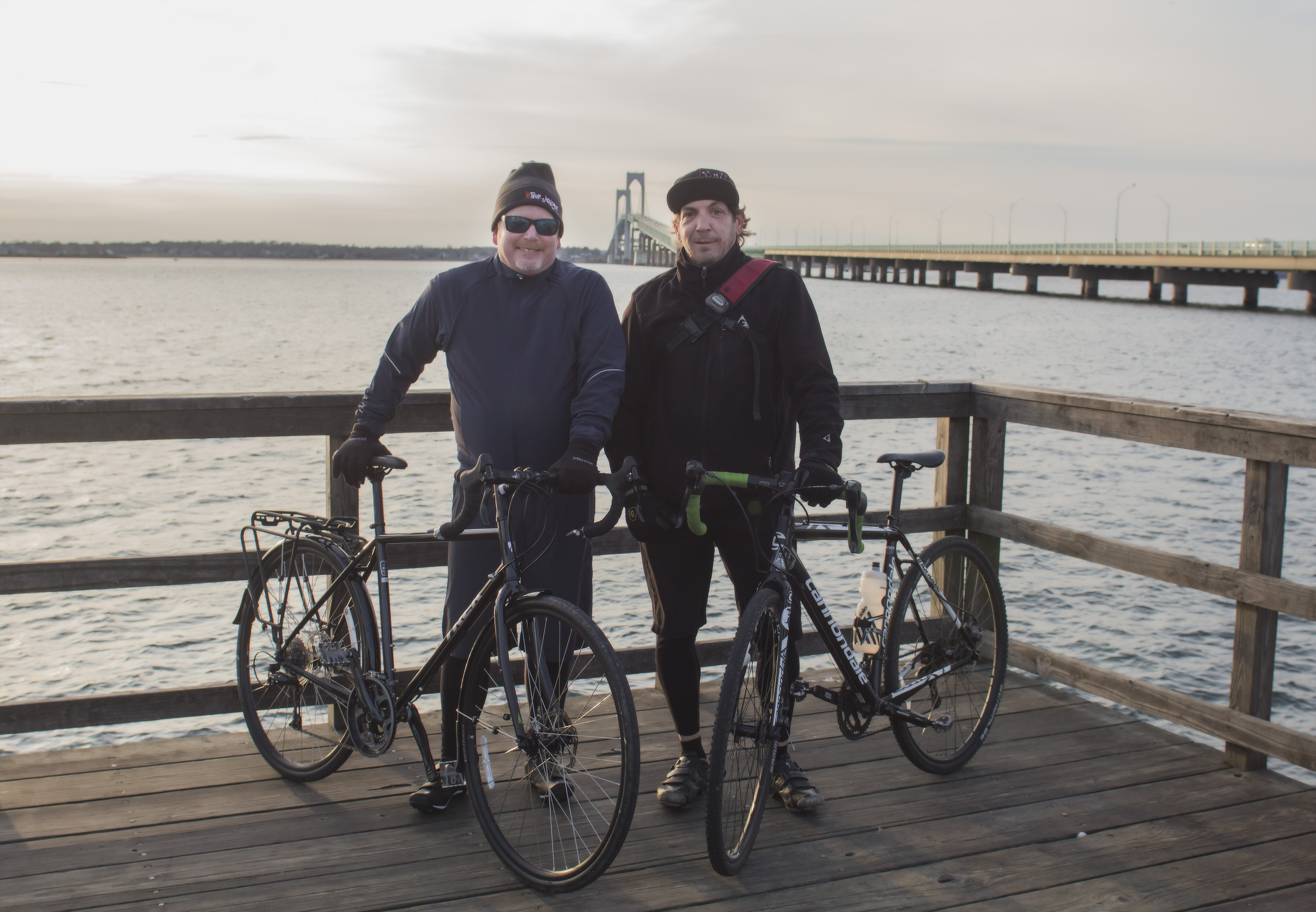 The idea behind Bikes And Beers Across America (BBAM) started out like many great ideas – a late night bar conversation scratched out on cocktail napkins. Hank Whitin, owner of Pour Judgement Bar & Grill, became reflective on his upcoming milestone birthday. “I realized I didn’t want to turn 50, 25 lbs. overweight and drunk in my own bar,” said Whitin, “so I decided to bike across the country again, as I did when I was 23 years old.” And thus, BBAM was born!

As a child, Whitin rode 50 and 100 mile charity rides for Multiple Sclerosis in honor of his grandmother Libby, who lived with MS from the age of 30 until her passing 56 years later. Having ridden from Seattle, WA to Westport, MA, in 1990, the idea of doing another ride transformed from an “I’d really like to do this again” lament to a “why not” reality.

Whitin and Team Pour Judgement will begin their trek on Sunday, May 21, 2017, in Astoria, Oregon, a stone’s throw away from where Lewis and Clark finished their expedition in 1805. After landing in Astoria, the team plans to bike to Portland where they hope to connect with craft breweries and brew pubs along the route. “BBAM is all about inclusion,” says Whitin, “so cyclists and craft brew lovers are welcome to join for various legs of the ride!” Those who can’t make the journey are encouraged to follow them on Facebook and Instagram where the team will post daily updates.

Team Pour Judgement will host their first fundraiser on Thursday, April 6, 2017 from 6-9 P.M. at Ocean Cliff Hotel & Resort. All are invited to come out and enjoy the sweet jams of Los Duderinos, cool auction items, delicious snacks and a cash bar. BBAM founder, Hank Whitin, will be there to chat about his adventure, joined by Lauren Bardsley of the National Multiple Sclerosis Society. Tickets are $40 at the door or on their website www.BBAM.info. The night’s proceeds will go toward funding the basic necessities of the team’s trek across the country. 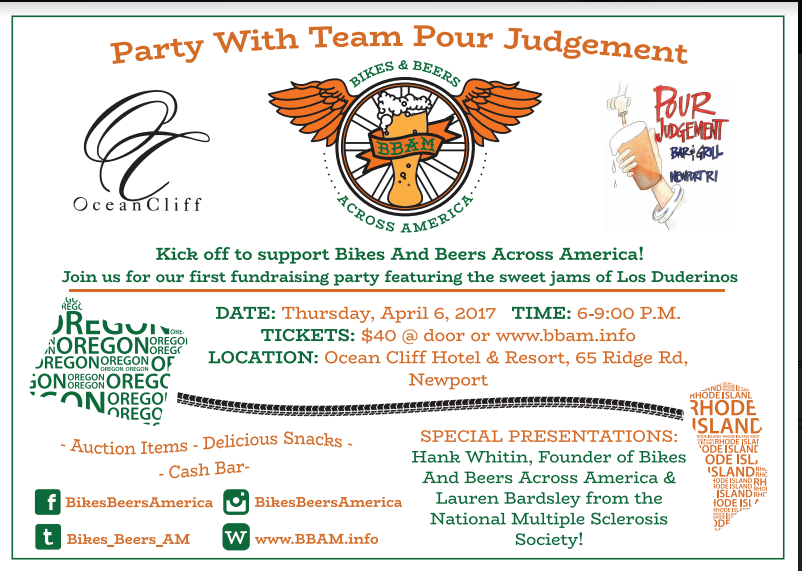 Information from a press release provided by Bikes and Beers Across America was used in this story.