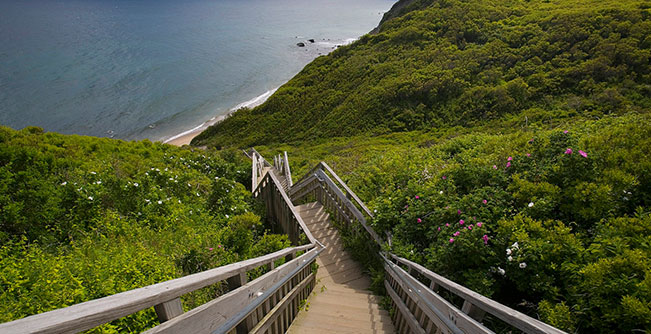 New Shoreham is the setting for the new suspense thriller BLOCK ISLAND, which is currently in production.  Tony Glazer is directing from a screenplay by Jon Adler and Ted Weihman.  Jon Adler, Summer Crockett Moore and Ken Shur (The Bellmen) are producing.  Ms. Moore and Mr. Glazer are Managing Partners and Principals of Choice Films Inc. and worked together previously on Junction.

“With our unique locations in close proximity and an organized talent pool of local artists and professional technicians, Rhode Island is the perfect place to make a successful movie. I am pleased that many small businesses will be impacted by this film. This is the type of positive energy that keeps our economy moving forward,” said Governor Gina Raimondo.

BLOCK ISLAND  tells the tale of four best friends from boarding school who decide to attend a massive, blow-out high school graduation party on the summer resort island.  After missing the last ferry, they decide to hire a fishing boat to take them on what should be a simple journey. What they get instead is the trip from hell since the captain and his first mate have no intention of taking the kids to Block Island.  It’s a frightening fight for survival as the teens desperately scramble to make it back to land… any land.

“Choice Films Inc. and the BLOCK ISLAND movie are thrilled with the warm welcome the State of Rhode Island has given us.  From the support of the dedicated staff at the Film & TV Office, to the many officers of the local police and fire forces, to the flexibility and willingness of so many local vendors (hotels, caterers, boat charters, the Block Island Ferry and Harbor Masters and so many local restaurants) who have been willing to work with our indie film budget and provided fantastic amenities for our team, the list just goes on and on — we have truly found an incredible film family here in this beautiful state, and are looking forward to the rest of our month on location, and hopefully many more productions to come!,” said Summer Crockett Moore, Producer of the film.

BLOCK ISLAND  features Jeff Kober (Walking Dead, Sully) and John Behlman (Blue Bloods, The Wolf of Wall Street) as the captain and first mate, with a supporting cast including Matty Cardarople (Jurassic World, Dumb and Dumber To), Matthew Gumley (Modern Family, Law & Order: SVU) and Sophie Faulkenberry (Margot vs. Lily, I Love You… But I Lied).

“We are excited to have independent filmmakers Tony Glazer, Jon Adler, Summer Crockett Moore, Ken Shur and Choice Films Inc. here in our beautiful Ocean State to make the suspense feature BLOCK ISLAND.  It’s been a team affair working with our local agencies in Narragansett and New Shoreham to provide the best environment for this production to shine.  We are also extremely happy that the production company has engaged our local crew and actors while also providing opportunities to student interns.  We hope this is just the beginning of a long-term relationship with Choice Films and look forward to helping them create more Rhode Island Film movie magic like BLOCK ISLAND”, said Steven Feinberg, Executive Director of the Rhode Island Film & TV Office.