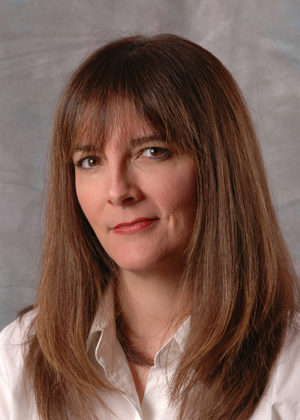 Dr. Tina (T.J.) Wray, assistant professor of religious studies, will celebrate the launch of her new book, “Good Girls, Bad Girls of the New Testament: Their Enduring Lessons,” and kick off a scholarship fund to honor the memory of one of her students during a public event at 4 p.m. on Wednesday, April 20 at McKillop Library. 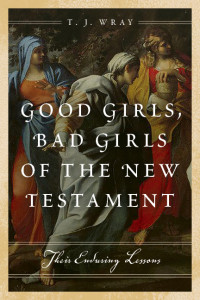 A book signing will follow a brief presentation on the first floor of McKillop Library, located on Ochre Point Avenue on Salve Regina’s campus.

This is Wray’s sixth book, and is a companion piece to her 2008 book, “Good Girls, Bad Girls: The Enduring Lessons of Twelve Women of the Old Testament” (Rowman & Littlefield). In it, she explores some well- and lesser-known first-century women from early Christian scriptures, including Mary Magdalene. Wray breaks each story into two sections focusing first on their theological interpretation within historical context and second, on their enduring lessons.

“Whenever I teach the Bible I tell my students to keep three basic questions in mind,” Wray recently told U.S. Catholic magazine. “First, what are the stories telling you about God? Because there’s always something about God. Second, what does the story say about you? Because the author is speaking to you. And third, what is it telling you about others? How are we supposed to behave with one another, and how are we supposed to act as a people?”

Proceeds from book sales at this event will be used as a seed fund to establish a scholarship in honor of Stephen Costello. Costello was majoring in cultural and historic preservation at Salve Regina when he lost his battle with Lymphoma in January at the age of 21. His family, including parents Gerard and Monica, will be traveling from their Abington, Pa. home to attend the April 20 event.

Wray, who teaches courses in Biblical Studies and World Religions at Salve Regina, has twice received the Presidential Award for Academic Excellence and was voted Professor of the Year in 2004.

She has appeared on National Public Radio, several television documentaries on the History Channel, and various other television and radio programs across the country. An intrepid traveler, she has lead tours to biblical lands, studied at the Tantur Ecumenical Institute in Jerusalem and participated in the excavations at Mt. Zion, Jerusalem.

Wray is a member of several professional organizations, including The Society of Biblical Literature, The Archaeological Institute of America, and The Tyndale Society.

In addition to her “Good Girls, Bad Girls” volumes, she is also the author of: “Surviving the Death of a Sibling: Living Through Grief When An Adult Brother of Sister Dies” (Random House, Three Rivers Press); “Grief Dreams: How They Help Heal Us After the Death of a Loved One” (Wiley); “The Birth of Satan: Tracing the Devil’s Biblical Roots (Palgrave); and “What the Bible Really Tells Us: The Essential Guide for Biblical Literacy” (Rowman & Littlefield).