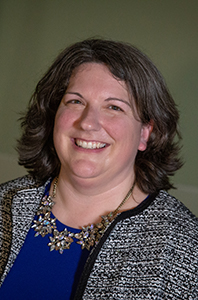 Senator Dawn Euer (D-Dist. 13, Newport, Jamestown) will serve as chairwoman of the Senate Committee on Environment and Agriculture when the 2021 legislative session begins, Senate President Dominick J. Ruggerio has announced.

Senator Euer has served on the Environment and Agriculture Committee since she was first elected in a special election in 2017. She has been a leader in the Senate in sponsoring legislation to protect the environment and address climate change through resiliency planning, renewable energy development and reducing carbon pollution.

“I am so excited for this opportunity to shape our environmental policy and our future here in the Ocean State. We are in the midst of a climate crisis that we cannot afford to ignore. The environment and our economy are tightly connected. Here in Rhode Island, particularly in my island district, we are experiencing the very real effects of rising sea levels on a regular basis,” said Senator Euer. “I’m very hopeful that, with changes coming in Washington as well, we are poised to make progress toward shifting the trajectory. It will take global change to address this global problem, and I’m eager to help Rhode Island be part of the solution.”

As a senator, she has introduced legislation opposing dangerous off-shore drilling along the coast, opposed the expansion of carbon-based energy sources, and championed renewable energy efforts. She has pushed the state to get more serious about its commitments to reducing its carbon output, cutting back on the use of plastic bags and encouraging property owners to adapt for climate resiliency. Senator Euer was part of a coalition of leaders from across the Eastern Seaboard that organized to stop a Trump administration proposal that would have lifted a ban on the expansion of offshore oil drilling. The plan was thwarted early last year when a federal court ruled it illegal.