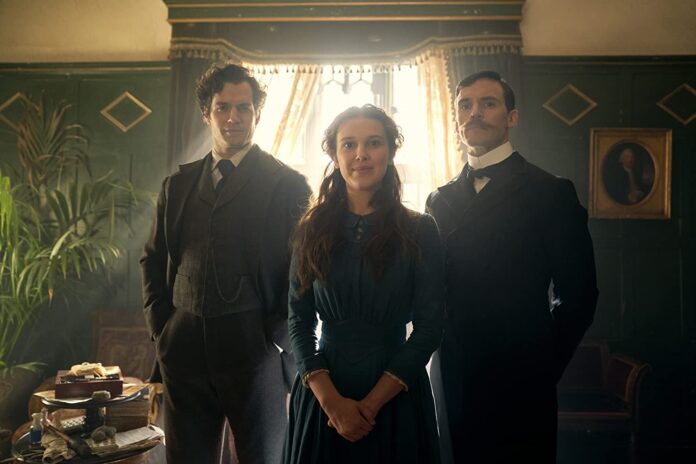 Sherlock Holmes is among the most famous characters in all of fiction, as well as the human literary character with the most on-screen appearances (only Dracula has him beat overall). The new Netflix release Enola Holmes is the latest film to join this long tradition, and in its Victorian storyworld, Sherlock’s name means as much as it does in our own— so, this film asks, wouldn’t it be nice to tell someone else’s story for once? This adaptation of the first book in Nancy Springer’s series about a third Holmes sibling, 16-year-old sister Enola, turns that question into an ethos, setting out not only to entertain and inspire but to consider what it means for fiction to be progressive.

The story begins when the Holmes family matriarch, Eudoria (Helena Bonham Carter), suddenly disappears, leaving Enola (Millie Bobby Brown) officially in the care of her eldest brother, cold traditionalist Mycroft (Sam Claflin). Possessing an intelligence that rivals her famous brother’s (Henry Cavill), Enola was raised to value independence over social propriety, and to avoid being sent to finishing school by Mycroft, she runs away to search for their mother. With both brothers hot on her trail, she becomes unexpectedly tangled up in the life of another runaway, the young Lord Tewkesbury (Louis Partridge), and must decide whether to heed her mother’s teachings and look out for herself or risk her life to help another.

The easiest thing to say about Enola Holmes is that it’s Millie Bobby Brown’s show from start to finish. The 16-year-old British actress (who also served as a producer!) is a joy to watch as the protagonist/narrator, and the film finds most success when it leans into her fourth wall-breaking performance— director Harry Bradbeer, an Emmy winner for Fleabag, was a natural fit for the material. However, as much her energy carries us through the narrative without trouble, dividing focus between Eudoria’s disappearance and the Tewkesbury case limits our ability to invest in the plot. You probably won’t notice how little you cared about the mystery element until its resolution passes by without impact. After doing so much work setting up Enola’s intellect, you’d think the filmmakers would give her something tougher to solve.

Where the film becomes more interesting is in its thematization of a changing world. After being raised in relative isolation, Enola’s quest is as much to find her place within a society that limits the roles available to women, and most supporting characters exist to represent the battle between tradition and reform. This political angle benefits from giving characters on either side some moral complexity, even if that sometimes proves more than the film can handle, but what’s most compelling is that Enola’s success in remaining true to herself is never in doubt. The film knows that, though Enola might struggle to fit into Victorian England, it is Sherlock that would be out of place today. Looking at his arch alongside his sister’s protagonism makes Enola Holmes an intriguing entry into the debate of how classic stories should be updated to fit the times. 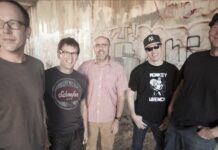 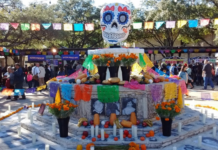