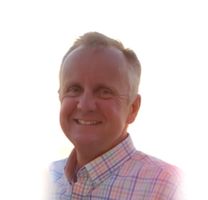 Billy was born in Fall River, MA to Francis and Norma (Fitzgerald) Faria. Billy is the husband of Sheryl (Porada) Faria.

Billy graduated from PHS in 1986. He was a professional truck driver and equipment operator for JAM Construction for over 30 years. He had a great love for cars and collecting old gasoline and automobile memorabilia. He enjoyed quick rides in his Camaro and long, slow, relaxing trips in his Model A, especially when they led to Woods Ice Cream in Westport. He enjoyed camping and spending time with friends. He was known as “Mr. Clean” by his family as everything he owned had to be spotless and organized. Above all, his family was always most important to him.

Billy is survived by Sheryl, his loving wife of 27 years and his son Matthew Faria of Portsmouth. He leaves his brother Michael Faria and his partner Lori of Portsmouth, also his sisters Sherri Ariel and her husband Michael of Cape Coral, FL and June Parks and her husband Robert of Wakefield, RI.

He also leaves seven nieces and nephews and countless friends.

He was preceded in death by his parents Francis and Norma Faria.

His Mass of Christian Burial will be held on Monday, August 17, 2020, at 10:00 AM, in St. Barnabas Church, 1697 East Main Road, Portsmouth. Burial will follow in St. Columba Cemetery, Brown’s Lane, Middletown.