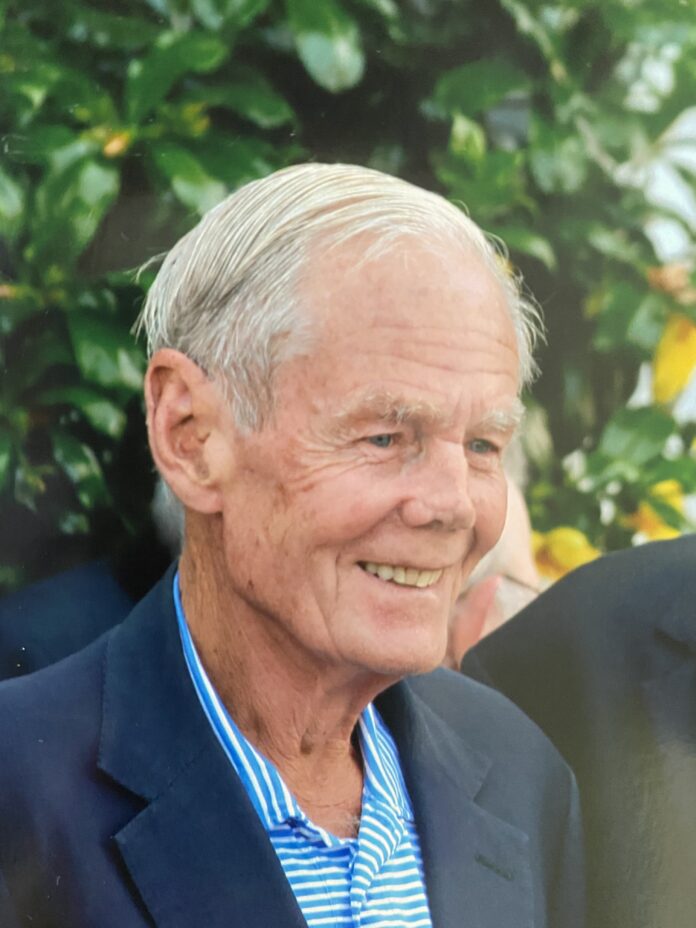 Howard was born September 4th, 1931 in New York City. He was the son of the late Howard Gardiner Cushing and Mary Ames Cushing and the brother of Freddy Cushing, Thomas Cushing and Mary “Minnie” Cushing.  Howard grew up in New York where he attended St. Bernard’s School, and later St. Albans in Washington DC during World War II. He graduated from The Groton School in 1950 and after a Post Graduate Year at Deerfield Academy he entered Harvard University as part of the Class of 1955.

At Harvard, Howard distinguished himself as a decorated oarsman on the Harvard Varsity Crew and was a member of the AD Club. A midshipman at the Naval ROTC Program at Harvard, Howard was Commissioned upon Graduation and assigned duty as a Naval Officer on Destroyers in South China Sea during the Korean War. The Navy left a lasting impression, which he carried with him his whole life as a patriot and loyal supporter of the Military.

After the Navy, Howard moved to Boston and later New York City where he worked for White Weld and Co. as a portfolio manager and then started his own firm. Howard became the youngest board member of the Racquet and Tennis Club in 1969 where he served until 2017. He was also a Governor at The Brook for decades and President of Spouting Rock Beach Association in Newport, RI from 2002-2018.

Howard lived a colorful and well-traveled life populated by stories of adventure and characters whom he loved and who loved him. At 6’4, Mr. Cushing was a dashing and elegant man who had a look and smile that could light up a room. Often seen on his motorcycle with his famously thick head of silver hair or competing on the tennis and doubles squash court, he had a keen zest for living. He was an avid sportsman, a lover of history and quietly a very good artist, best expressed through his photography and love of music. He also had a lifelong connection to the sea, imparted on him by his father, his days in the Navy and aboard his lobster boat, the “Blue Dolphin” where he spent mornings hauling lobsters with the people he loved and those who could tolerate the smell of bait and his occasional interaction with a reef.

With his kind heart and humble personality, Howard was a gentleman in every sense of the word who left a lasting impact on countless individuals. A friend, family man, mentor and role model to so many, Howard leaves behind an indelible legacy of ethics and grace, service and leadership. Howard will be remembered for always seeing and bringing out the best in people, and for never failing to embrace the beautiful things in life.

The family requests in lieu of flowers that donations be made in Howard’s honor to Groton School and the Newport Art Museum.