If ever there was a time to rip the words “Providence Plantations” from Rhode Island’s official name, this would seem to be it.

With the nation newly energized to confront not only police killings, but the widespread oppression of Blacks, it makes sense to remove this obscenity from the state’s public title.

Still, I’m going to vote “no” when a referendum question goes on the ballot, which seems likely to happen in November. It would be the second time in recent years it’s been put to a vote – a similar proposal failed in 2010.

I don’t disagree that the name is objectionable, hurtful, insulting and shameful.

It’s impossible to find any comfort in a word like “plantation,” which fuses violence and hypocrisy with its contrasting images of the splendor of the master’s mansion, and the squalor of the shacks in which his slaves lived.

And I’m not saying the full name – The State of Rhode Island and Providence Plantations – should appear in everyday usage. In fact, I like Gov. Gina Raimondo recent move to ban its routine use on such things as state executive orders, press releases, websites and paychecks.

But changing the legal name makes it too easy to continue the Great Myth of the North, the belief that the only connection Rhode Islanders and other New Englanders had to slavery was to end it.

When it comes to slavery, Northerners love to plead “not guilty.”

Slavery? That was somewhere else. Let me think – Oh, yes, in the South, that’s where it all happened. The sinful South, home of the whip, the shackle and the noose.

The North’s role? Conscience of the nation, cauldron of abolition, waystation on the Underground Railroad. We fought the Great War to free the slaves, and when that didn’t work out, we sent the Freedom Riders to put Jim Crow out of business.

Except it’s not true. The North was as invested and complicit in slavery as the South. And Rhode Island was one of the guiltiest offenders.

For starters, Rhode Island was the center of American shipping that brought captive slaves from Africa to the Americas and the Caribbean.

Rhode Island ships crossed the Atlantic more than 1,000 times during the 18th and 19th Centuries, bringing more than 100,000 slaves captured in Africa to ports on the other side of the Atlantic, including their own home ports.

Scholars know the names of 700 Rhode Islanders who owned, financed or skippered slave ships, and they’ve documented that Newport and Bristol were epicenters of the Atlantic trade.

Rhode Island was a vital part the “triangle trade,” the commerce in slaves that worked this way:

On the first leg, Rhode Island ships carried rum from America to Africa, where booze was exchanged for slaves. Next stop, plantations on the other side of the Atlantic, where the slaves were sold to raise sugar that was turned into molasses. The third leg: back to Rhode Island, with cargos of sugar and molasses to be distilled into rum. Of 30 distilleries in Rhode Island, 22 were in Newport.  So, around and around the triangle the Rhode Island ships sailed.

Some context, most of the 10 million slaves brought out of Africa were transported by European slavers; but more than half of slave voyages that originated in America came from Rhode Island.

Slaves were embedded in the Rhode Island economy. About 10 percent of the colony’s residents in the mid-1700s were slaves, who worked for merchants and trades people. And yes, some of them worked on Rhode Island’s equivalent of “plantations.”

Now, about that word. When Roger Williams founded the colony he called Providence Plantations, “plantations” apparently was a term for “settlements” or “colonies.”

But as slavery took hold, South County became the site of large farms, on which slaves produced livestock, food and other provisions that Rhode Island ships hauled to the huge sugar plantations to the south, which were so committed to growing sugar that they didn’t raise their own food and other necessities.

During the American Industrial Revolution, which began in Pawtucket with the historic Slater Mill, Rhode Island’s ties to slavery continued, and in a sense, grew deeper.

Rhode Island and other New England mills used cotton, which, of course, was grown and harvested in the South, and which depended on slave labor. By 1850, cotton goods were more than half of American exports, and they accounted for the majority of U.S. government revenue.

A report produced by Brown University describes just how “valuable” the slaves themselves became: “The total market value of the slaves who produced that cotton exceeded the value of all American banks, railroad and factories combined.”

Born in Vermont and living most of my life in Rhode Island, I was 65 when I learned the dark chapters of our history. Up to that point, I was under the spell of the Great Myth. None of us, especially white Americans, should wait until we reach retirement age before we learn the essential facts about racism.

In my case, I got a hurry-up course when I did some stories about the Brown University report I referred to earlier, which  came about in 2006 through a bold initiative suggested by the university’s then-President, Ruth J. Simmons, a descendent of slaves and the first African American president of any Ivy League university.

Simmons said it was time for Brown to take a deep look into the university’s slavery ties, and those of its founders, including the wealthy family dynasty from which the university’s name comes.

Three years in the making, the report was devastating in its detail and nuance as it described the university’s connections to slavery in the context of what was going on in the state and New England.

“Most Americans today think of slavery as a southern institution,” the report said. “New Englanders, in particular, have contrived to erase the institution’s presence from their collective memory.”

The same year, the Providence Journal’s Paul Davis wrote a series that covered much of the same ground, adding compelling narratives to the public record.

These sources are hardly the last word on the subject: the reservoir of information continues to grow through the work of Black historians, documentarians, scholars and marker programs that identify key sites throughout the state.

But the two sources that I’ve mentioned are worth your time and are easily found online: The Brown report is on the website of the Brown Center for the Study of Slavery and Justice – and Davis’ reports are here.

The details are chilling. For example, the Brown study describes a special niche Rhode Island carved out for itself when competition in cotton-based textiles became fierce. Its unique product: “Negro cloth.”

“A coarse cotton-wool blend, ‘Negro cloth’ was designed to degrade its wearers,” the study says, and it notes enterprising businesses took the theme even farther:  “Rhode Island manufacturers had also cornered the market for slave blankets, bagging (the sacks used for harvesting cotton) and brogans, the cheap ill-fitting shoes produced for southern slaves.”

The Journal’s Paul Davis described a Colonial Newport that was deeply enmeshed in slavery, which affected most aspects of the city’s life.  One clergyman, the Rev. Ezra Stiles, ministered to slave owners and slaves, and in his diary and other writings was critical of slavery.

But Stiles himself contributed a supply of rum to a ship bound for Africa, which returned with a 10-year-old slave for Stiles, who named the boy “Newport.”  Newport remained a slave for 22 years, until Stiles freed him when he left Rhode Island to become president of Yale University.

And that’s my point about not wanting to take a scrub brush to “The State of Rhode Island and Providence Plantations.”

It’s too easy for us to not to know, or to forget, our state’s embrace of slavery and how slavery has shaped our present. The state’s name is a useful reminder.

It makes sense: routine mention of “Plantations” is simply too insulting, too degrading and too painful to tolerate, particularly for people of color, and really too shameful for all Rhode Islanders.

So I’m hoping the full, legal “State of Rhode Island and Providence Plantations” can survive on at least some core documents and official papers.

Perhaps someone will stumble across this strange and elongated title occasionally and say:  “‘Providence Plantations?’ What the heck’s that about?”

And possibly someone can explain some of the dreadful, distressing details – stories that the curious person probably won’t be happy to hear and that they might wish they hadn’t heard.

Which is the way it should be. 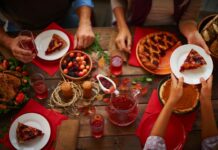 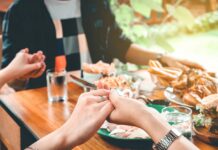