See if this snippet of history sounds vaguely familiar to what we’re facing today:

Feisty, plain-talking Harry Truman, warned by scientists of his era that a major natural disaster was imminent, rejected their opinions and minimized the threat, hurling insults daily.

Despite unmistakable clues that the situation was dire, Truman stood firm in his defiance, brashly posturing for the media and turning into a folk hero to many who followed his antics.

In the end, though, the result was cataclysm and death.

By the way, I’m not talking about the Harry Truman who occupied the White House. This Harry Truman lived with whiskey and 16 cats near volcanic Mount St. Helens in Washington State.

Forty years ago this month, St. Helens was ready to explode with historic destructive force, but Truman, 83, issued the mountain a challenge.

The famously churlish old man, who rented out cabins at nearby Spirit Lake, put no stock in warnings that the volcano, inactive for more than a century, was about to blow.

Telltale earthquakes were frequent there through the early spring of 1980, a hole opened in the ice cap at the summit, and a black plume of ash and smoke began drifting out.

Truman, who served in Europe during World War I and survived the German torpedoing of his troop carrier, was known even then for his idiosyncrasies. Now, he viewed with disdain warnings about the volcano, his neighbor for more than half a century.

“The mountain ain’t gonna hurt me,” he once said in an interview. “You couldn’t pull me out with a mule team.”

As for science, he told reporters he was tired of having his views ignored by “those (expletive ) geologists with hair down to their butts.”

Truman’s style was a gold mine for the media, which variously described him as friendly, earthy, cranky, a bully, a bootlegger, and a poacher. One science-oriented publication summed him up as “a foul-mouthed, heavy-drinking eccentric.” All this turned him into an iconoclastic celebrity; children wrote him glowing letters; poems and songs about him began popping up.

He was even posthumously memorialized in a docu-drama, portrayed by his favorite actor, Art Carney.

Shortly after 8:30 a.m. on May 18, 1980, the mountain put Truman’s bluster to the test. The earth deep beneath it shifted, the North face collapsed, and superheated gas and rock blew out, which, with a deadly landslide of lava, obliterated everything for miles around. The U.S. Geological Survey said the devastation covered almost 230 square miles.

The Survey reported that the eruption killed 57 people, destroyed 200 houses and 47 bridges, killed thousands of animals, and damaged roads, timber, railroads, vehicles, and crops to the tune of $1.1 billion – more than $3 billion in today’s money.

As for the resolute Harry Truman, who got famous for disbelieving and for refusing to leave his cabin: He vanished, most probably buried under the tons of rock, ash, and debris that swept over the landscape he held dear.

Speculation has it that while the mountain surely killed him, it did not make him suffer, since victims likely died almost instantly of heat shock.

Then there’s another intriguing theory: that the man who scoffed at science was so close to the blast that in the end, like his flawed and baseless opinions, he simply vaporized.

Gerry Goldstein (gerryg76@verizon.net), an occasional contributor, is a retired Providence Journal editor and columnist who has been writing for Rhode Island newspapers and magazines for 60 years. 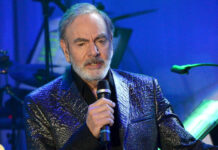