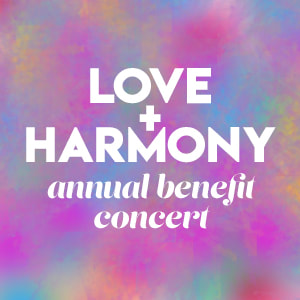 The following was written by Erin Young, Artistic Director of Common Fence Music.

With the current COVID-19 pandemic forcing performance cancellations across the country and shuttering Americans in their homes, COMMON FENCE MUSIC has opted for a safer and healthier alternative to the live music event. The local non-profit will move forward with their Love + Harmony Benefit Concert, scheduled for Saturday, March 28, 2020 at 8pm, without any audience present. Instead, local and regional artists will perform to a bare bones production staff who will broadcast the event live from the CFP Arts, Wellness & Community Center in Portsmouth, RI to the CFM YouTube channel. Realizing the holistic benefits of maintaining artistic engagement and connections as we navigate through this difficult time as a society, CFM is making access to this live stream free to the public. For those wishing to view the event after it has aired, the video will be conveniently posted to the CFM YouTube channel which can be reached via a link on the CFM website, commonfencemusic.org.

A time to celebrate CFM’s 27 years of providing Aquidneck Island and East Bay, RI communities with live folk and world music concerts and educational events, the Love + Harmony Benefit will also kick-off the organization’s 2020 Spring Matching Campaign. Viewers of the live stream will be encouraged to support the non-profit by making donations through the CFM website. Unable to run their related silent auction in person, CFM is also shifting this portion of their event to an online platform, commencing bidding during the live stream and running through Friday, April 3rd. Featured auction items have been donated by such local businesses as The Green Grocer, the Newport County YMCA, The RI Philharmonic, Allen’s Wine & Spirits, Ragged Island Brewing Company, Blue Kangaroo Cafe and more. All proceeds will help to keep CFM’s programs vibrant in the community throughout the next year, not an easy feat after having to adjust to an audience-free spring season.

The show will feature an array of local and regional talent, including Avi Jacob, Bank of Ireland, Dan Lilley & Amy Bedard, Emerald Ray, Haunt the House, Hawthorn, Hollow Turtle and Slackwater String Band. Local multi-instrumentalist and host of WRIU’s Traditions program Tom Duksta will emcee the evening.  As much a celebration of folk music and the artists who create it as of CFM itself, Love + Harmony promises to be full of memorable performances and good cheer – a welcome respite from the stress of the times – while also reinforcing the importance of CFM’s place in our community.

Mindful of the impact the pandemic is having on musicians whose livelihoods have suddenly and drastically been compromised, CFM is dedicated to establishing a safe environment in which the participating artists and production team can continue to work. They are partnering with the CFP Arts, Wellness & Community Center – the original venue for the event – to ensure facility sanitation meets CDC guidelines. Love + Harmony Benefit viewers will witness vocal microphones being swapped out and sanitized throughout the event. But CFM organizers also understand that safety guidelines and the health status of participants have the potential to change at any time. None of the artists or staff will take part in the event should they exhibit any symptoms of coronavirus, or if they have come in contact with anyone diagnosed with the virus.

Emerging folk/soul artist AVI JACOB  is a relentlessly honest writer, combining the inherent truth of writers like Bob Dylan & Townes Van Zandt with a beautifully soulful voice. No stranger to the road, he has toured the country in support of acts including Dr. John, Rodney Atkins, The Lone Bellow, SUSTO, & the Band of Heathens. In support of his forthcoming EP release, Hawk in the Nest, Avi will premiere the title track during the Love + Harmony Benefit. The single will be released the same day, following the February 2020 release of his single Butterfly. For more info, visit https://www.avijacobfolk.com/.

The Warren-based duo of BANK OF IRELAND perform music written, borrowed, begged, and stolen by Peri Delorenzo and Mark Dobbyn.  They favor story songs, like the story of a dagger that ends in the heart, or a rebel who ends up a martyr.  They favor Irish songs because they’re the oldest songs in the language. And they exempt Dylan, because his songs seem somehow older yet.  Featuring guitar and fiddle and their two voices, sometimes you’ll find Peri and Mark with a band but often you’ll find them on their own, playing and singing the way people always have. For more info, visit https://www.bankofirelandmusic.com/.

Inspired by songwriters of the 60’s and 70’s such as Woody Guthrie, Bob Dylan and Neil Young, DAN LILLEY has been a favorite of the RI folk rock scene for four decades. A skilled songwriter, vocalist and guitarist performing with such bands as Sayne, Tyger Tyger, Lovetrain, The Flying Ditchdiggers, Dan Lilley & Scatman, and The Keepers, Dan received a Best Male Vocalist award from Motif Magazine in 2012, and a Motif Magazine Critic’s Award in 2019. In addition to performing solo, he also currently performs in the award-winning Neil Young Tribute band, Forever Young. For this event, he is joined by friend and fiddler AMY BEDARD, a classically trained multi-instrumentalist and vocalist who has been performing in everything from orchestral ensembles to rock bands around RI for over twenty years. For more info, visit https://www.facebook.com/DanLilleyTheKeepers/.

Boston-based fiddler & folksinger EMERALD RAE creates a groove-heavy sound reminiscent of old country blended with the intricacy of Celtic fiddle and rocked-up droning accompaniment. Complimented by sultry vocals and introspective lyrics that mirror old folktales, Emerald Rae brings the fiddling-singing combo to a whole new plateau. Her intriguingly quirky songwriting is steeped in the echos of traditional music, sewn together with imaginative arranging that will pique your curiosity. Her latest self-titled release (May 2018) showcases Rae’s extraordinary ability to transform the fiddle into anything from bagpipes to flamenco or electric guitar, slap bass or ukulele. Her direct and intimate voice, alternately high and honeyed then gutsy and soulful, encompasses both wind and sea, animal and etheric. For more info, visit https://www.emeraldrae.com/.

With music that is delicate and beautiful, HAUNT THE HOUSE songwriter Will Houlihan first caught the attention of the Rhode Island music scene in 2013 with the release of his solo EP, “Rural Introspection Study Group”. Shortly after this release, Will conceived the idea for his first full-length release – a love triangle between two people, one of whom has a split personality. His idea would grow into the 2014 release, “Jack Rabbit Jones.” After enlisting a band of local musicians featuring Bessie Bessin, Amato Zinno, Stephen Lloyd Law, and Allysen Callery (an acclaimed singer/songwriter in her own right), “Jack Rabbit Jones” was recorded at Providence’s historic Columbus Theatre by Ben Knox Miller and Jeffrey Prystowsky, and landed a spot at the Newport Folk Festival. Now performing as a soloist, Haunt the House consistently writes songs that are simple and personal. For more info, visit https://hauntthehouse.bandcamp.com/.

HAWTHORN, created by Heather Scott and Taylor Holland, “digs into its folk roots while also reminding us that tradition is about tending to the flame, not the ashes” (NPR). The Boston-based group is quickly gaining national recognition for its powerful vocals surrounded in old-time banjo, warm guitar, and dreamy electric lines: “When they harmonize, the edges of their voices bleed together like watercolors on paper” (WBUR). Hawthorn was nominated for the 2019 Boston Music Awards and the New England Music Awards. Notable appearances include The Falcon Ridge Folk Festival, Bust Out Boston, House of Blues Boston for the Boston Music Awards, and the International Herbal Symposium. Hawthorn’s newest LP, Maggie Willow, named by WBUR as one of the 15 Best Albums Out Of Boston in 2019, is available everywhere. For more info, visit https://www.themusicofhawthorn.com/.

Since 2012, RI four-piece HOLLOW TURTLE has been developing a bluegrass sound all their own. “Buck[ing] the trend of folk rock moving into the world of saccharine,  overly commercial pop ballads” (Motif Magazine),  they bring a ruckus to a traditional style, while tying it all together with tightly wound vocal harmonies. While establishing themselves as a staple of the local bluegrass scene, Hollow Turtle has released two EPs, as well their first-length album, 2019’s Ten Pound Boots. For more info, visit http://www.hollowturtle.com/