With the new year comes a new look for What’sUpNewp and What’sUpRhodeIsland, as we welcome new columnists, add features, and increase our commitment to provide readers more stories that inform, entertain and challenge.

We’re excited as our growing readership … and support … gives us the resources to do more, to add value for every reader. We are grateful for the help from supporters through the crowdfunding/supporter option available on both sites, and support from our advertisers.

You’ll recognize some of the newest additions to our team. They have been among the most respected journalists in Rhode Island, in print and on television. They join What’sUpNewp and What’sUpRhode Island owner and editor Ryan Belmore, news editor Frank Prosnitz, lifestyle editor Ken Abrams, and a dozen other contributors.

Joining us as columnists are former Providence Journal reporters and editors Brian Jones, Gerry Goldstein and Gina Macris, and Dave Layman, former news anchor at WJAR-TV and WLNE-TV, where he also served as news editor. Brian and Dave will contribute regularly, while Gerry and Gina will contribute occasionally.

We’ll also link to Gina’s DEVELOPMENTAL DISABILITY NEWS, an important website that covers one of Rhode Island’s most critical issues.

We’re also expanding our coverage, with features like “Under the Dome,” in-depth views of initiatives and observations by state legislators, and “The Corner Office,” a Q & A with top executives, and more. Our exceptional Lifestyle coverage will continue to expand, finding new venues and artists. And, as always, we welcome your participation through letters, comments on what we’re writing, and your eyes and ears providing leads for stories we should be covering, or issues we should be following.

You can join us on Jan. 30 at the Firehouse Theater, Newport, from 6 p.m. to 8 p.m. We want to hear from you about the issues that matter most to you. Admission is free. We’ll provide the coffee; you’ll share your vision. Seating is limited, so it is important to RSVP to Ryan Belmore at Ryan@whatsupnewp.com.

Frank Prosnitz, news editor, brings several years’ experience in journalism, including 10 years as editor of Providence (RI) Business News and 14 years as a reporter and bureau manager at the Providence (RI) Journal. He began his journalism career as a sportswriter at the Asbury Park (NJ) Press, moving to The News Tribune (Woodbridge, NJ), before joining the Journal. He’s twice won Best in Business awards from the national Society of American Business Editors and Writers; investigative reporting and news writing awards from the New England and Rhode Island Press Associations; and twice named Media Advocate of the Year by the district’s Small Business Administration. He can also be heard on WADK radio in Newport and WBLQ in Westerly. Frank and his wife Beverly live in Warwick, Rhode Island. You can reach Frank at frank.prosnitz@gmail.com.

Ken Abrams, Lifestyle Editor, is a music writer and educator. In addition to WhatsUpNewp and WhatsUpRhodeIsland, Ken writes about music and more for Providence Monthly, The Bay, and SO RI. He has also published in FolkRadio.com, NoDepression.com, GoLocalProv.com and other sites where he specializes in American Roots Music. He is Vice President of the Rhode Island Folk Festival and DJ’s weekly on WRIU 90.3, Tuesday’s 6-9PM. He’s also a teacher in Scituate, RI.

Brian C. Jones is a long-time Rhode Island reporter and writer. He has worked for the Providence Journal, the sadly defunct Providence Phoenix and Rhode Island Monthly and is author of three histories of hospitals in Rhode Island. Jones lives in Newport with his wife, Judy K. Jones, and their dog, Phoebe, who writes about the Trump era, www.OnTrumpsTrail.com. Jones can be reached at brijudy@protonmail.com

Dave Layman, the longest serving panelist on Rhode Island PBS’s “A Lively Experiment,” is an award-winning news anchor and reporter who worked at NBC10 and ABC6, where he was also news director. He also worked in television news in St. Louis, Minneapolis, Columbus (Ohio), Baton Rouge, and Dallas. He is currently president of Layman Communications, a corporate communications consulting firm that provides clients with marketing and communication strategies, media relations, public relations and crisis management services.  He and his wife Karen have been married for 26 years.

Gerry Goldstein, an occasional contributor and columnist to What’sUpNewp and What’sUpRhodeIsland, is a retired Providence Journal editor and columnist who has been writing for Rhode Island newspapers and magazines for 60 years. You can reach Gerry at gerryg76@verizon.net.

Gina Macris is a career journalist with 43 years’ experience as a reporter for the Providence Journal. She retired in 2012. While at the Journal she wrote two series about her first-born son that won prizes from the New England Associated Press News Executives Association.  Gina now publishes the Developmental Disability News. 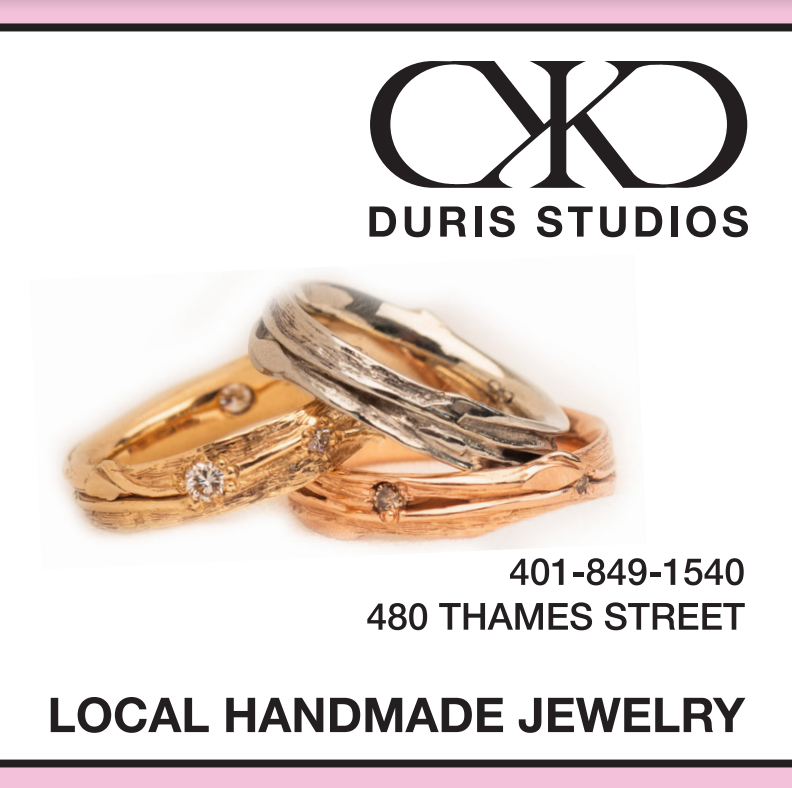