Rhode Island couldn’t convince the PawSox to stay here, but let’s hope we don’t blow a new opportunity to make a different deal: Prince Harry and his wife say they want to live part-time time in North America, so why don’t we get into the bidding?

But we should hurry up about this, because the Duke and Duchess of Sussex are already being wooed. Recent news reports say the Canadian coffee chain Tim Hortons has offered Harry and the missus, the former Meghan Markle, “free coffee for life” if they move there.

We could easily counter with “free clam chowder for life.” And the offer would be reminiscent of royal family precedent that involves Rhode Island and Prince Harry’s great grand-uncle, King Edward VIII.

You may recall from Civics class that Edward occupied the throne for about as long as it takes to dig a bucket of little necks. In a move that shook the royals just as Harry and Meghan have, Edward abdicated in 1936 to marry twice-divorced Wallis Warfield Simpson.

As Duke and Duchess of Windsor, the couple moved to France, presumably with no offer of “free Lafite-Rothschild for life.”

They savored the culinary ambrosia of Rhode Island in the summer of 1944.

On a two-week vacation in Newport, they crossed the Bay to attend a highbrow event: a society clambake at the Narragansett summer home of Rhode Island Gov. J. Howard McGrath.

The party was a sensation and got heavy play in the papers, with the Windsors’ appearance a considerable factor.

Years ago, I asked McGrath’s son, David –a seven-year-old in ’44 – what he recalled about the bash, and he said preparations impinged on his playtime that summer because “I had to practice bowing to the duchess.”

A family friend recalled that the duke looked dapper in a Palm Beach suit and the duchess seemed “very aristocratic” in a colorful dress and wide-brimmed hat. He reported that when the food was served “They dug in just like everybody else.”

The duke, who died in 1972, was the uncle of Harry’s grandmother, Queen Elizabeth. And who’s to say that Harry, too, wouldn’t be comfortable here in “New” England? After all, he could visit many communities that have names in common with those in the U.K., including Bristol, Portsmouth, Warren, Coventry, Exeter, and Quonochontaug – no, scratch that last one.

Those names notwithstanding, it’s true Harry might harbor nostalgia for other places in his homeland, including Scratch Bottom, Crackpot, Great Snoring, Giggleswick, and Busty View (although there are indeed places for “gentlemen” in Rhode Island that offer the last one).

As for food, it’s uncertain whether our stuffies, wieners all the way, and dynamite sandwiches would stand in for some of the dishes Sussex is known for: Pulborough eel, Kelsey cockles, Plum heavies, and Sussex hogs’ pudding. We’d have to work on that.

Also, a complication might be the sports picture, since Sussex claims to be the birthplace of something called “stoolball.” Maybe we could compromise on the Kelsey cockles, but I want no details about “stoolball” and consider it a non-starter.

If they do entertain a move to Rhode Island, Harry and Meghan may need some coaching, lest they emulate what Uncle Edward’s wife did at that famous bake in Narragansett: It was reported afterward that the Duchess of Windsor, “aristocratic” to the core, was shucking clams with white gloves.

Gerry Goldstein (gerryg76@verizon.net), an occasional contributor to What’s Up Newp and What’s Up Rhode Island, is a retired Providence Journal editor and columnist who has been writing for Rhode Island newspapers and magazines for 60 years 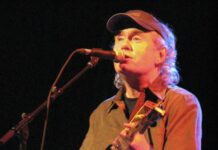 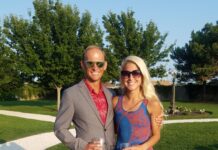