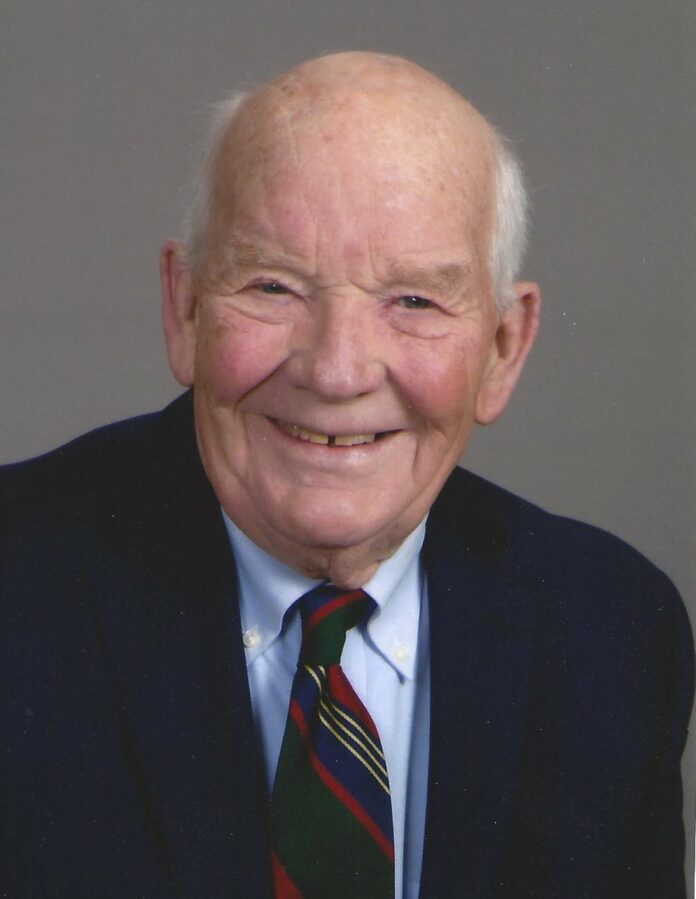 PORTSMOUTH – Marshall Bertram Lundberg, 78, died November 24, 2019 at home surrounded by his family and friends. He was the loving husband of Mary Kay Cornwell Lundberg, to whom he has been married for 53 years.

He was born on March 5, 1941 in Chicago, Illinois. His father, the late William Osborne Lundberg, came to the United States from Norway in 1924 and his mother, the late Alice Marie Johnson, came from Sweden in 1926. He graduated from Lane Tech in Chicago, Illinois and received a bachelor’s degree from Luther College in Decorah, Iowa in 1963. After college, he was invited to the 1963 Minnesota Vikings training camp, where he played left guard. He then played for the 1963 Grand Rapids Blazers in the United Football League.

He joined the United States Navy in May 1964, attended Officer Candidate School in Newport, Rhode Island and was commissioned in March 1965. He served on four ships, concluding as the Executive Officer of the USS FISKE (DD 842). He was awarded the Combat Action Ribbon and the Bronze Star Medal for his service at Military Assistance Command Vietnam where, as a staff officer, he supported naval gunfire, forward air control, port and harbor security, and riverine supply operations, and for his service as a plans officer for the Free World Military assistance forces of the Republic of China, Republic of Philippines and Thailand. He served in the Pentagon from 1980 to 1983 in the Assistant Secretary of Defense’s office for security and review. He was a 1977 graduate of the Naval War College and also served on the faculty from 1983 to 1986. He retired as a Commander in 1986. After the Navy, he was a defense contractor and consultant for many years and also enjoyed his different roles at Carnegie Abbey Club during its founding.

Marshall was an active member of St. Mary’s Episcopal Church in Portsmouth, Rhode Island, where he served in many capacities beginning in 1970, including the vestry and as Senior Warden for eight years. He was an active volunteer on Aquidneck Island in the MLK Community Center Food-2-Friends homebound program and VNS of Newport and Bristol Counties. He loved his family, keeping in touch with his wide network of friends, his German shorthaired pointers, coaching youth football and soccer, yardwork, going to the town dump, travel, golf and sailing. He wanted to be remembered as someone who gave more than he took.