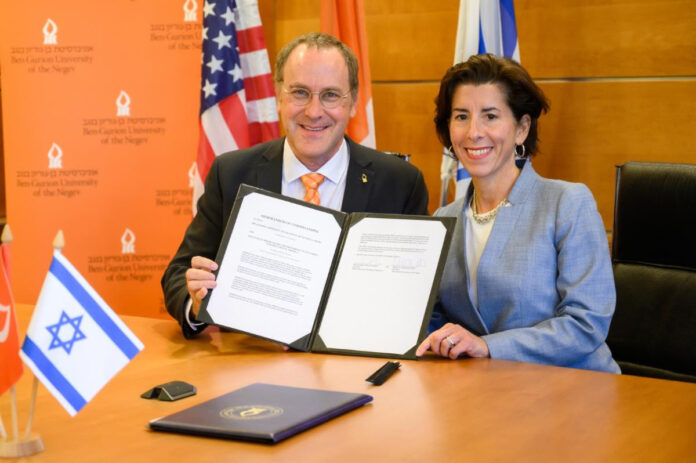 “We had an engaging and productive week of meetings in Israel, and I’m excited about the opportunities we’ve identified to grow critical sectors of Rhode Island’s economy,” said Governor Raimondo. “From meetings with start-ups looking to locate in the U.S., to tours of tech incubator spaces, to an important partnership with a top research university, the connections formed last week will help cement Rhode Island’s status as a growing hub of innovation.”

At the Google Israel headquarters, Governor Raimondo participated in a fireside chat as part of a monthly series sponsored by mHealth Israel, a nonprofit organization comprised of entrepreneurs, investors, developers, and health care professionals applying IT, mobile, and health care expertise in health innovation. At the event, where more than 100 companies and organizations were represented, Governor Raimondo discussed innovations in health care policy and highlighted health technology companies including Rubius, Amgen, Virgin Pulse, and Johnson & Johnson which have opened and expanded operations in Rhode Island.

“Israel is often referred to as ‘startup nation’ and the economic development trade mission led by Governor Raimondo offered a great introduction of our state to businesses looking to expand into the U.S. market,” said Rhode Island Commerce Secretary Stefan Pryor. “We look forward to continuing our dialogue with these companies and seeing what opportunities might grow out of these meetings.”

Also as part of the mission, Governor Raimondo and Secretary Pryor visited Ben-Gurion University of the Negev (BGU). The Governor and BGU President Professor Daniel Chamovitz signed a Memorandum of Understanding focused on joint innovation and entrepreneurship at the Marcus Family Campus in Beer-Sheva, Israel.

The agreement between BGU and the State of Rhode Island calls for building a strong collaboration, encouraging the co-generation of business start-ups, developing valuable high-tech internships, and forming partnerships with some of Rhode Island’s leading public and private universities. It also calls for collaboration between one of Rhode Island’s new innovation campuses, RIHub, and BGU’s Advanced Technologies Park in Beer-Sheva adjacent to the university. RIHub is located within the Providence Cambridge Innovation Center complex at the Wexford innovation building in Providence.

“Today we are signing an agreement to cooperate on innovation and entrepreneurship, to bring together BGU’s Advanced Technologies Park, BGU’s Yazamut 360 entrepreneurship program, and RIHub, Rhode Island’s new innovation center,” said BGU’s Professor Chamovitz. “I want to thank our mutual supporters who brought us together to this next step after five years of laying the groundwork.”

Following the signing of the MOU, Governor Raimondo and Secretary Pryor held a working meeting at the Advanced Technologies Park, which is part of the entrepreneurial ecosystem in Beer-Sheva that connects university students and researchers with startups and global companies. Also at the Advanced Technologies Park, Governor Raimondo and Secretary Pryor met with representatives from Dell EMC, IBM, Tech7, Morphisec, and MDClone.

In addition, across more than a dozen business meetings throughout the week, Governor Raimondo and Secretary Pryor spoke with Israeli companies about the potential for partnership with Rhode Island businesses and institutions, and they pitched companies on the possibility of establishing their U.S. presence in Rhode Island. 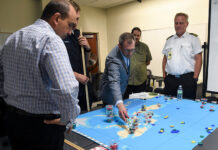 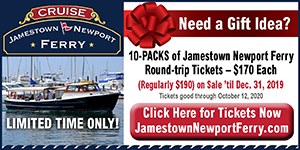