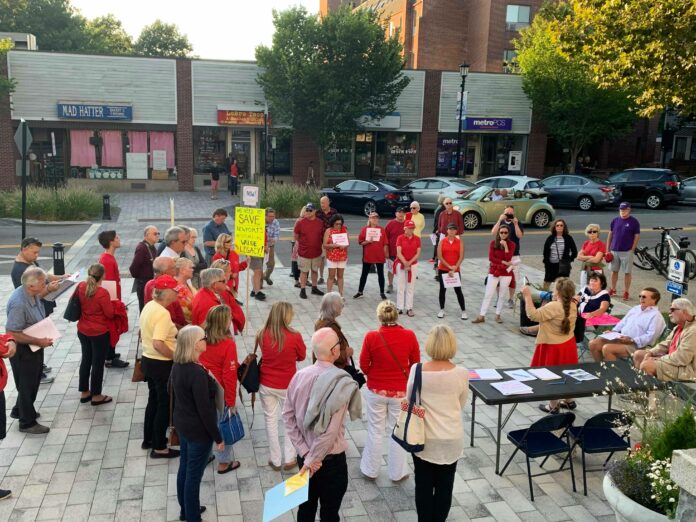 Dozens of residents rallied in front of Newport City Hall prior to and during last night’s Zoning Board Meeting. Their ask? A “Pause For Newport…a Five year Moratorium against new building projects”.

Along with the rally, the group has a petition on change.org – HIT PAUSE: PRESERVE our CITY BY THE SEA with a ZONING MORATORIUM

A 150-room hotel, restaurant. banquet and wedding facility has been proposed on Waite’s Wharf.

The owners of Fifth Element have also have been given the green light by Newport Zoning Board to construct a 40-room hotel on Broadway.