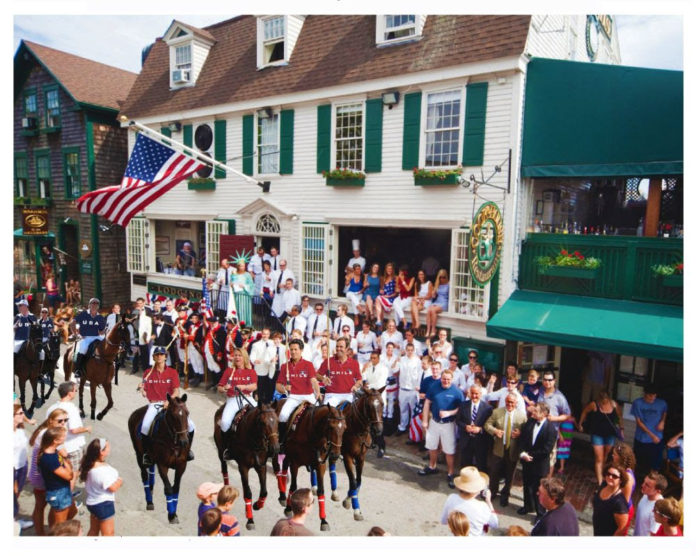 The Newport International Polo Series will launch its 28th season with a Season Kickoff Celebration on Bowen’s & Bannister’s Wharves on the Newport Harbor front this Friday, May 31st, the eve of Newport Polo’s Opening Day.

Newport Polo invites the public to meet and greet the USA and Chilean teams as they arrive in a pony parade ending at Bannister’s Wharf, for player introductions between 6:30 -7:00 PM.

Newport Polo’s 2019 presenting sponsor, Brahmin, will offer a special champagne toast starting at 6 PM in its boutique at 22 Bannister’s Wharf, adjacent to the Clarke Cooke House.

Following introductions, their will be an opportunity to mingle with the Chilean and USA polo teams at The Clarke Cooke House beginning at 7 pm.

“We are excited to start the season with a great competitor like Chile in our lineup this year. Chile’s return has been eight years in the making,” explains USA captain Dan Keating in a press release announcing the event festivities, “and they are on a hot streak with a mission to reclaim the perpetual Liberty Bowl Trophy inaugurated in 1996”.

USA will take on Chile at 5 pm on Saturday, June 1st at the Newport International Polo Grounds ,located at 250 Linden Lane in Portsmouth.

Tickets and more info can be found at www.nptpolo.com.