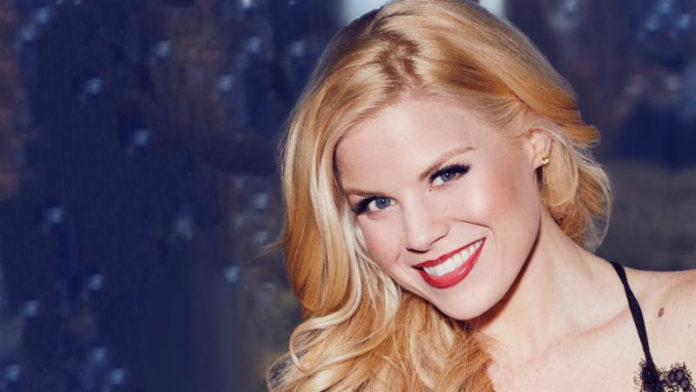 Hilty will replace Broadway star Sierra Boggess at The Breakers on Saturday, July 20th. The reasoning for the reschedule was not made public.

Hilty has guest-starred on Bones, The Closer,Project Runway and The Good Wife, and also co-starred in the feature film Rules Don’t Apply from director Warren Beatty. The Lifetime movie Patsy & Loretta features Megan as Patsy Cline alongside Jessie Mueller, who stars in The Waitress on Broadway. The movie will air in late 2019.

The program for Megan Hilty says the evening at The Breakers will include excerpts from Wicked, 9 To % – The Musical, Annie Get Your Gun, Gentlemen Prefer Blonds, Noises Off, and Bombshell.

The Newport Music Festival (NMF) announced in February plans for their 51st season, which will take place from July 4-28, 2019.

The concert series will present 43 concerts and events in the Newport mansions, including The Breakers, The Elms, and the Chinese Tea House, as well as other venues, such as Castle Hill Inn, The Casino Theatre, The Bohlin, Blithewold, and Aldrich Mansion.

Highlights of the 2019 Season, according to NMF, include;

First Prize winner of the Hilton Head International Piano & Bachauer Competitions, Chang-Yong Shin is sure to captivate audiences with some of the most difficult pieces ever written for piano, including Ravel’s Gaspard de la Nuit. Sierra Boggess will grace the Breakers with selections from her Broadway roles in Phantom of the Opera and Disney’s The Little Mermaid. For the 51st Annual Gala, Metropolitan Opera star Nathan Gunn will perform opera arias and songs from the Great American Songbook.

A variety of last summer’s popular concerts will be making a reappearance this season, including the Musical Garden Party, Sunrise Concerts, and Opera Night. These events will feature festival favorites, pianist Daniel del Pino and mezzo-soprano Renée Rapier, and outstanding newcomers, tenor Jonathan Burton and harpist Bridget Kibbey. Marc-André Hamelin will return with a vast and challenging repertoire as well as Charlie Albright with his remarkable piano improvisations.

NMF will offer three free family-friendly concerts, including a Fourth of July Extravaganza and two additional free concerts at the Newport Art Museum on Tuesday, July 9, and Tuesday, July 16.

NMF invited the public to join them at The Castle Hill Inn on July 15 and for the 51st Annual Gala at Ochre Court on July 28 for two truly elegant evenings.

Tickets are now on sale for all concerts and can be purchased at www.NewportMusic.org.