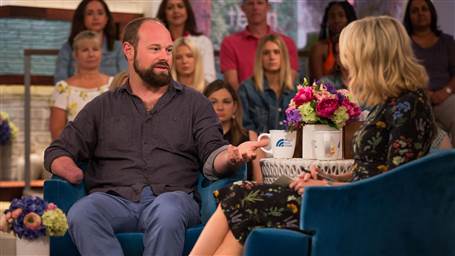 Braden Leonard, a Newport resident, appeared on Megyn Kelly Today on Thursday. The former Johnston firefighter was on to talk about how he is inventing high-tech prosthetic after losing his hand in a biking accident.

“Braden Leonard was a firefighter and avid outdoorsman. After a thorn went into his hand during a mountain biking accident, Leonard contracted necrotizing fasciitis, a flesh-eating bacteria that caused his hand to be amputated. That’s when Leonard realized the shortcomings in upper-limb prosthetics and set about designing his own prosthetic that would allow him to better live his life,” the story on the shows website states.