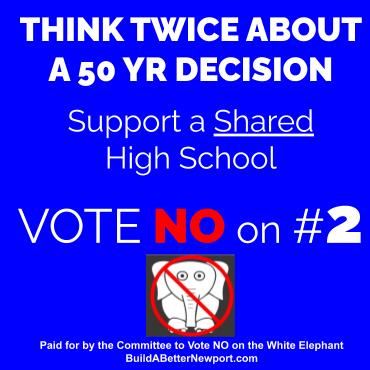 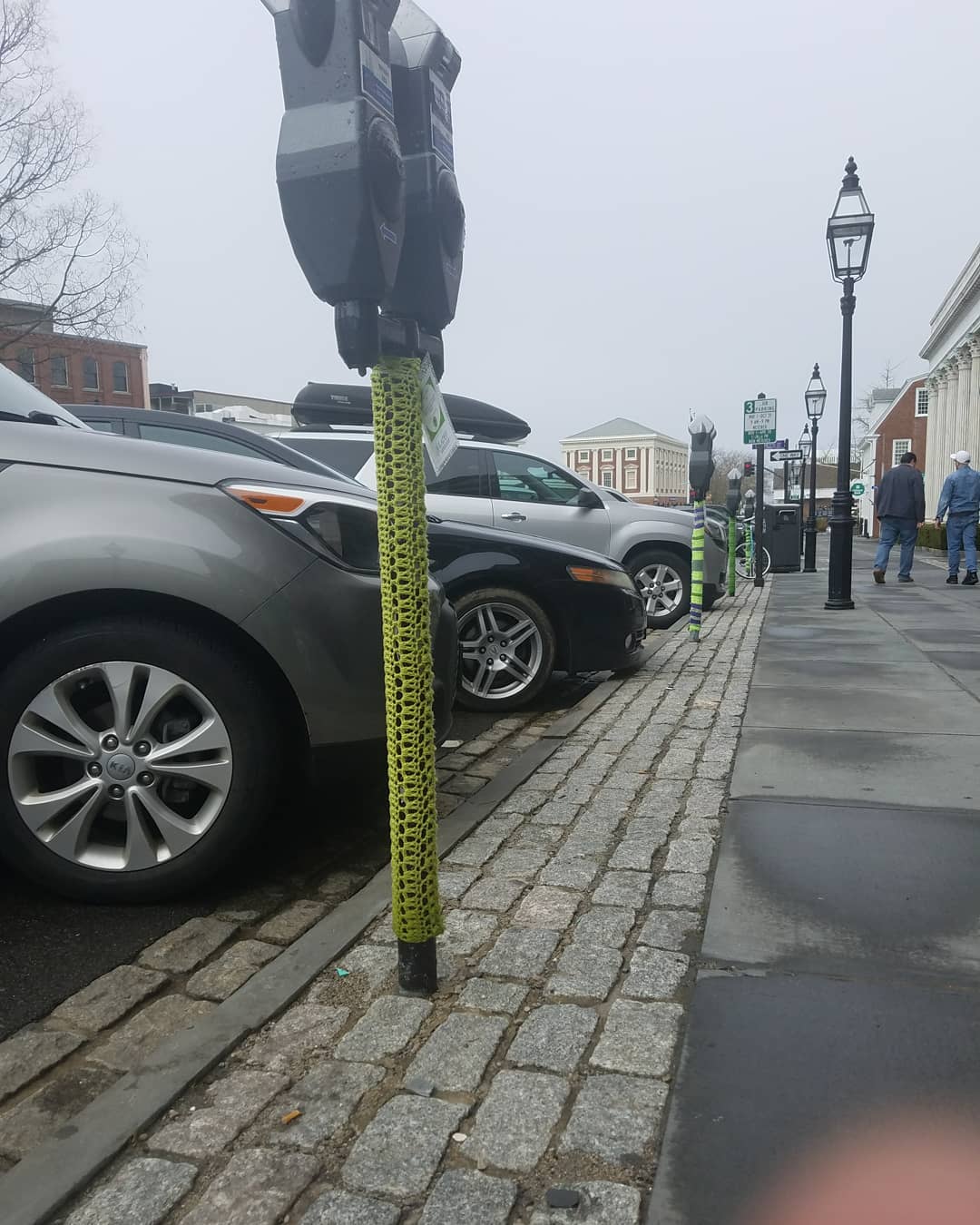 Following a story that we published this morning explaining what those yarn-wrapped parking meters meant, What’sUpNewp learned that that yarnbombs were removed from all seventeen of the meters in Washington Square throughout the day on Thursday.

The yarn display, called yarnbombs, and the notes tied to them are meant to raise awareness for Lyme Disease. Which affect almost 300,000 people in the United States every year, according to the Center for Disease Control.

You may have noticed yarn wrapped on parking meters while walking around Newport and attached to each one is note — with facts about a disease that affects more than 800 people a day. The yarn creations aren’t meant to keep the parking meters warm, but to raise awareness for Lyme Disease. Which affect almost 300,000 people in the United States every year, according to the Center for Disease Control. This is the first year for yarnbombs in Newport, but each year, volunteers go around towns across the country wrapping meters up to spread warning signs and prevention of the disease. “Yarnbomb for Lyme” hopes to create a fun atmosphere and educate the public.  The meters will be wrapped in yarn for approximately a month. For more information, visit www.lymeyarnbombs.com

What’sUpNewp went to Washington Square and observed that all of the yarnbombs had in fact been removed from parking meters in Washington Square. Yarnbombs could still be found on meters on Thames Street in front of Brick Alley Pub and beyond.

“I do not know why. I should have been called if there was a concern. We received approval from the City Manager in the Fall of 2017.  I got a phone call today from the City Parking Manager Pat Segerson. He was kind enough to call me and tell me that the Yarnbombs were being cut down.  He did not know the reason why either,” Marian Eastman, Founder and President of Lyme Yarnbombs, Inc told What’sUpNewp on Thursday evening when asked why the yarnbombs had been removed.

“From what little I know, the Chief of Police asked the City Manager if they could be removed. Someone wanted them down. I don’t know who or why. They were not bothering anyone.  They were beautifully handmade and sewn on very neatly. Volunteers have been knitting and crocheting our Lyme Yarnbombs since the Fall of last year as soon as we heard that we got approval. Many of them have chronic Lyme disease and are unable to work or go to school. For them, this was their way of giving back to the community in a positive way. They love to do this for us! We so appreciate them! More volunteers spent hours sewing them onto the parking meters in Newport on April 21. We are very sad to see that 17 yarnbombs were cut off. Again, we would have removed them in a fashion without damaging them if someone would have simply called us. However, it is very odd that we did have permission and now we don’t? I’m confused” Eastman continued.

After reviewing communication from Yarnbombs, Inc to the City of Newport, it appears that the organization never included Washington Square in their request and therefore did not have the approval to have the yarnbombs on meters in Washington Square. Newport City Council received communication seeking permission to sew the lime green sweaters onto Newport parking meters to raise awareness about Lyme disease on September 27, 2017. At that time, Council unanimously voted to receive and refer to city administration for review and approve without any discussion.

The locations for yarnbombs that were applied for and agreed upon by both parties were “Thames Street and Broadway”, according to communication from Yarnbombs, Inc. and the City of Newport. Obviously, Broadway does not have parking meters. The inclusion of Washington Square when placing the yarnbombs on meters appears to be a misunderstanding and oversight by the organization, as Washington Square is neither a part of Thames Street or Broadway.

“All I know is that there were several complaints about the green “stockings” located in a historic district.  Not all were the same color and design as some were striped kelly green and pink, purple and lime green, etc,” Councilor Ceglie wrote to What’sUpNewp on Thursday evening.” We appreciate and support the efforts to raise awareness of Lyme disease.  The rest of the “stockings” in the other areas of the city will remain untouched for the duration requested”.

City Manager Joe Nicholson has not replied to What’sUpNewp’s request for comment and more information.