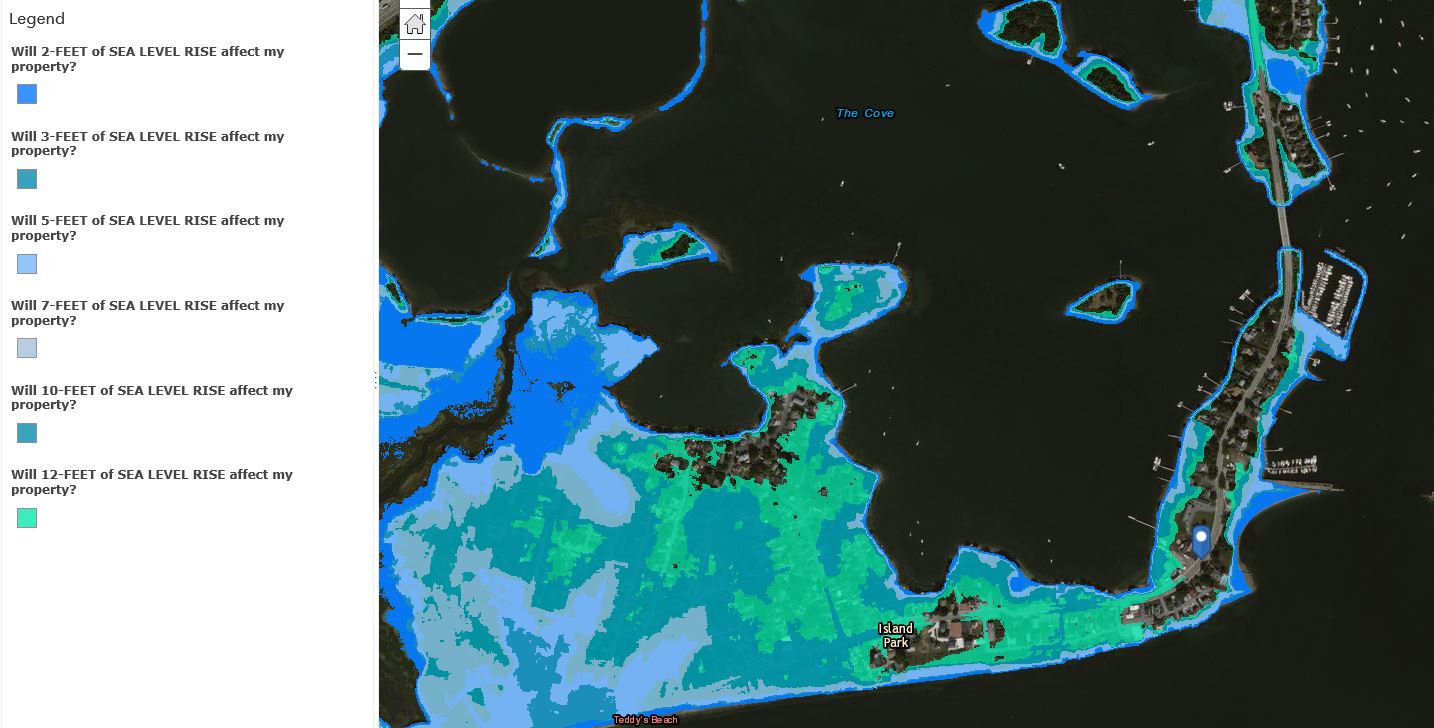 U.S. Senator Sheldon Whitehouse today joined with area small business owners and local officials in the flood-prone Island Park neighborhood of Portsmouth to highlight the newly funded National Oceans and Coastal Security Fund, which can help coastal businesses weather rising seas and worsening storms.  Congress approved $30 million in funding for the National Oceans and Coastal Security Fund, which will be awarded through a nationwide competitive grant process, in the omnibus spending bill signed into law in late March.

“While proximity to the beautiful Sakonnet River is the main attraction drawing new businesses to Island Park, increasingly frequent flooding presents an obstacle for these businesses to thrive over the long term,” said Whitehouse.  “I developed the National Oceans and Coastal Security Fund with communities like this in mind.  This new federal investment presents a real opportunity to protect Rhode Island businesses and homes from rising seas.”

“I commend Senator Whitehouse for his leadership in creating the National Oceans and Coastal Security Fund.  This program and other mitigation efforts will help make roads and bridges in coastal neighborhoods more resilient and flood-resistant.  It can also help communities with long-term planning needs in order to better protect key coastal infrastructure from sea level rise,” said U.S. Senator Jack Reed.

“Rhode Islanders rely on a clean and healthy ocean to grow our economy and maintain our way of life,” said Congressman David Cicilline. “The Oceans Fund marks a turning point that will allow our country to better preserve and protect this incredible natural resource. I applaud Senator Whitehouse for his strong leadership in the Senate, and I look forward to working with him to make sure Rhode Island’s waters continue to benefit from this new investment.”

The densely-populated, low-lying Island Park neighborhood was once the site of a thriving amusement park that housed one of the largest rollercoasters in New England before the Hurricane of 1938 caused irreparable damage to the attractions.  In recent years, Island Park has experienced a new surge of economic activity as a string of dining establishments have set up shop along the Sakonnet River.  Today’s event was held at Thrive Coffee House, a waterfront café that opened its doors in the fall.  Since Thrive Coffee House opened, parts of the neighborhood have experienced flooding on numerous occasions, most recently during the string of coastal storms that battered Rhode Island in March.  All of Island Park is in a flood zone.

“The business community of Island Park is dependent on the ability of our patrons to reach us, regardless of the weather or the height of the tide,” said Brandon Kidd, owner of Pirate Cove Marina.  “The collective clientele we all serve come from communities far and wide and Senator Whitehouse’s work will help our commerce to continue for future generations.”

The Rhode Island Coastal Resources Management Council projects the Rhode Island coastline will see between 9 and 12 feet of sea level rise over the next century.  Resiliency projects supported by the National Oceans and Coastal Security Fund can help fortify natural coastal buffers to protect businesses and homes located in areas that are vulnerable to rising seas.

“Coastal states like Rhode Island are already experiencing significant environmental damage as a result of rapidly changing climate conditions,” said Jonathan Stone, Executive Director of Save the Bay.  “Everything from salt marshes, barrier beaches and fisheries, to wastewater treatment facilities, roads, and public parks are being threatened.  The fund represents an important step forward by the federal government to assist coastal communities in protecting natural resources and public infrastructure.  We commend Senator Whitehouse for leading a bipartisan effort to bring federal dollars to address a clear and present danger to coastal communities across the United States.”