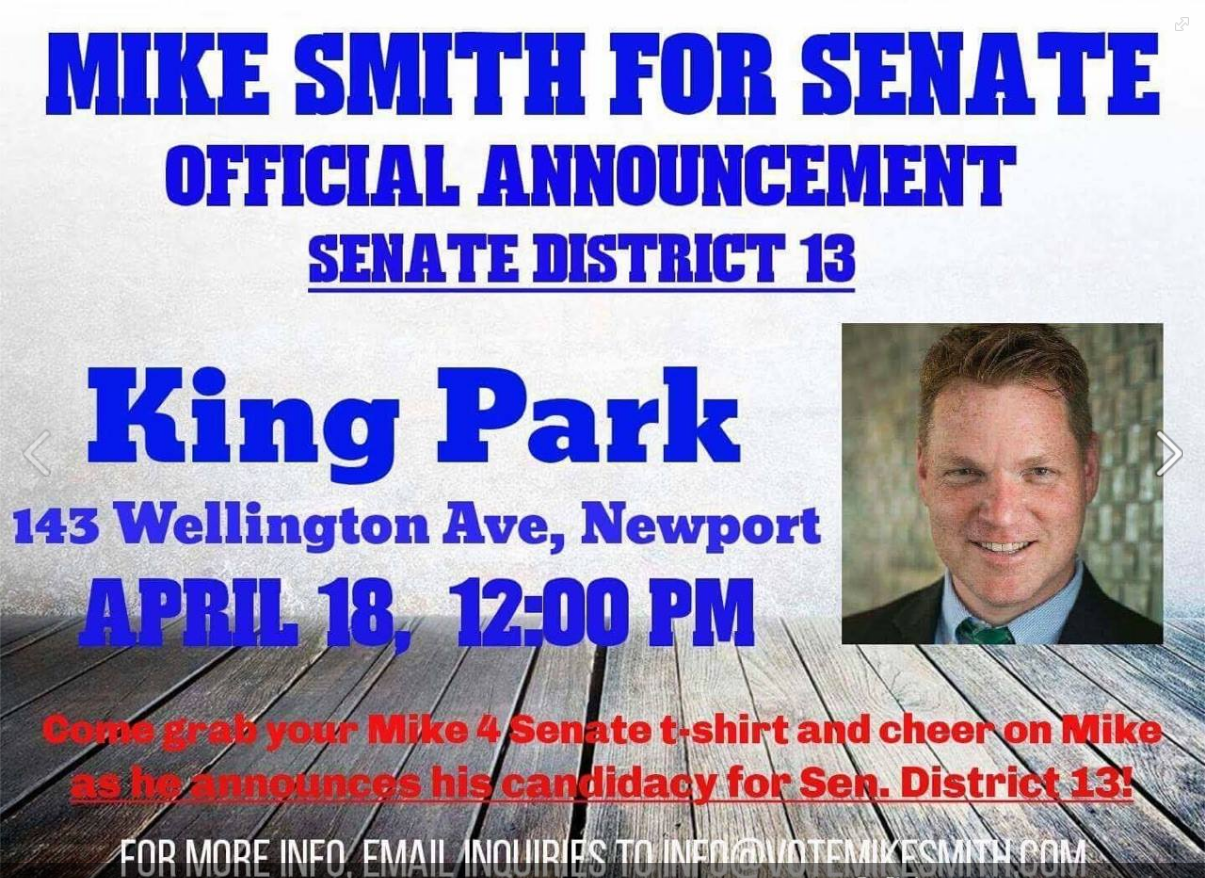 Michael “Mike” Smith, plans to hold a press conference, along with supporters, regarding his decision on whether to run in the high profile special election for Senate District 13, representing Newport and Jamestown. District 13 is the seat recently vacated by now former Senate President Teresa Paiva Weed.  The event will commence at 12pm, at King Park 143 Wellington Avenue in Newport, RI 02840.  Michael Smith, and members of his staff will be available for press questions following his speech. There will be no official declaration prior to this period.

Smith, 49, is a Newport resident, married, and father of three, is also owner of Industry Electric, Inc, headquartered in Newport.
in 2014, Smith received 46% of the vote, in his first ever run in the closest election the then Senate President ever faced. Paiva Weed spent a thumping $134,000.00 in comparison to Smith’s $10,000. 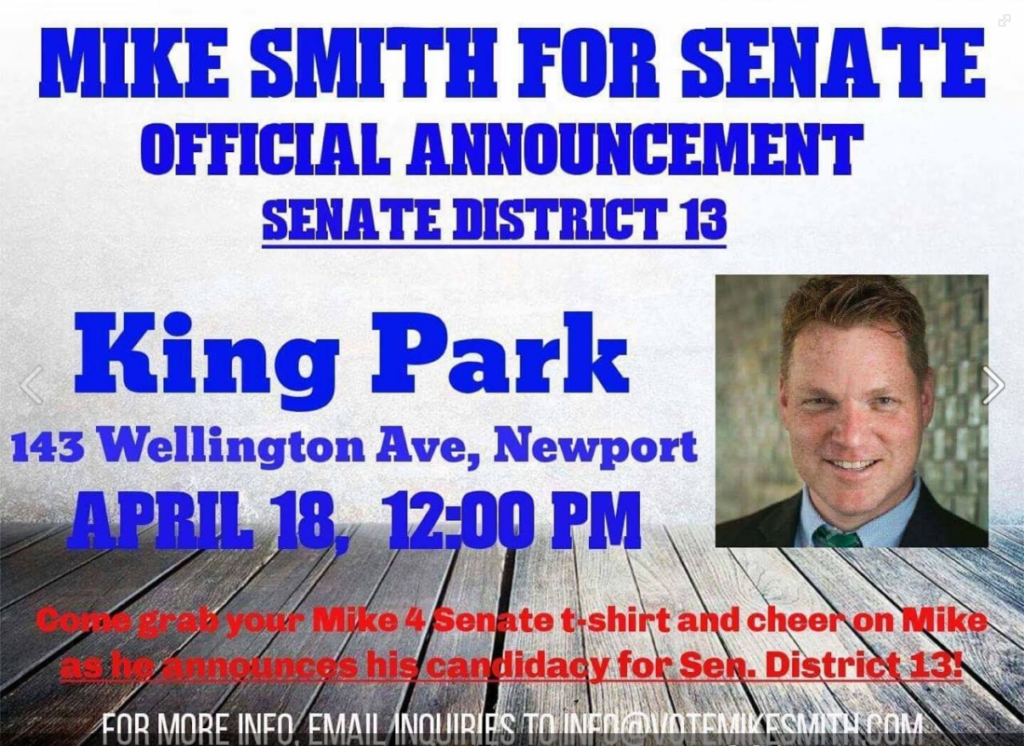 Paiva Weed, who had been the state senator of District 13 since 1992, announced on March 22nd that she would be resigning from the Senate and would be accepting the presidency of the Hospital Association of Rhode Island, a statewide non-profit organization dedicated to assisting member hospitals to meet the health care needs of Rhode Islanders. Her official resignation took place on March 31st.

Three democrats have announced that they will run for the Senate seat – John Florez, Dawn Euer and David Allard, meaning there will be a primary election before the special election if all three candidates do officially make their declaration of candidacy.

The Rhode Island Secretary of State has announced that the special election to fill Paiva Weed’s Senate seat will be on August 22nd, there will be a Primary on July 18th.