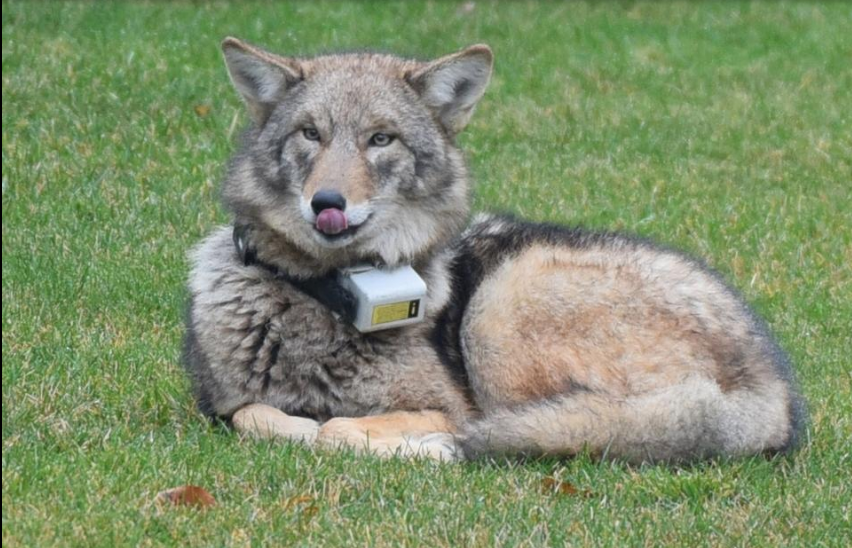 Cliff the coyote who has become well-known for roaming areas of Newport and Middletown is scheduled to be euthanized, according to sources.

Thousands of residents have signed a petition, hoping that they can influence authorities that death isn’t the answer and encourage them to find another way to remove Cliff from the area.

According to authorities, Cliff has become far too comfortable around humans and neighborhoods. Back on July 27th, we wrote about his activity on Bedlow Ave, since then he has been spotted during the day on many streets, lawns and in dumpsters.

Due to safety concerns for the public, Middletown Police Chief Anthony Pesare has directed a hunter to find the animal and shoot it. Cliff shouldn’t be too hard to find, the 1 & 1/2-year-old coyote does wear a GPS-collar.

The petition, started by Nicole Ingham, has been signed by more than 10,000 people and has a goal of 11,000. The message is expected to be delivered to Governor Raimondo and Middletown Police Chief Anthony Pesare.

I am just a person who loves animals, but this is truly crazy that a beautiful animal is going to be put down, because of people making bad choices.

Cliff the coyote has grown acclimated to humans in Middletown, Rhode Island – because people have been feeding him.  Now, the Chief of Police is going to have him shot!!

Cliff has done nothing wrong. why is this even being allowed? Isn’t there a zoo or somewhere he could go? We the people are responsible for his actions of being friendly, so why should he pay the price? How can people go to bed nights knowing they allowed this to happen. Learn more about his story here.

I understand the police chiefs position, but there must be another solution to this problem.

He needs a voice and you have power. Don’t know what else to do please help him. He was created just like we are. why does he have to die? when he has done nothing wrong, but be friendly.

PLEASE TRY TO HELP HIM! Time is URGENT! Tell the Governor and the Chief of Police to find a different solution!

The petition can be found here – http://www.thepetitionsite.com/335/278/545/stop-coyote-from-being-euthanized/