Newport Storm has announced the release of foRIster, a barrel aged double IPA.

This collaboration beer, a first for their barrel aging program, was inspired by, and brewed for Newporter Bobby Forster. A former employee of Newport Storm, Bobby was diagnosed with A.L.S. in December of 2014.  Before his diagnosis Bobby biked, hiked, sailed, kayaked, surfed, traveled, explored, and laughed his way all over the country. This beer represents a celebration of his life and a chance to raise A.L.S. awareness in his local community and beyond.

Inspiration for crafting a beer for Bobby struck Brewmaster, and long time friend, Derek Luke after attending a “Beers for Bobby” fundraiser back in March. Luke reached out to Bobby and his wife Casey to brainstorm what beer style truly encapsulated him and his zest for life. It came as no surprise that Bobby voted for his favorite style of craft beer, IPA.

Newport Storm is no stranger when it comes to brewing IPAs, but barrel aging a double IPA can be a tricky task. The biggest challenge is finding a way to preserve the juicy hop aroma and flavor that can dissipate over time due to oxidation. The late addition of Cascade, Citra (Bobby’s favorite) and Motueka hops were key in crafting this brew that boasts of orange, grapefruit and nectar fruits. Canada pale malt and malted wheat give foRIster a golden hue and 3 months of barrel aging leave a slight oak finish on the palate.

“From raw material selection, label design, to the final bottling day, Bobby’s imprint is pronounced on this brew,” says Luke, “so cheers to a barrel aged DIPA brewed solely to raise awareness for A.L.S. and to celebrate this amazing man.”

On Sunday, July 17th the Newport Storm Brewery, along with the Forster family, will host a launch party for foRIster at their brewery in the north end of Newport. The event is from 5:30-9pm and a $20 door fee includes beer samples, light food and a Forster koozie. 22 oz bottles of foRIster will be available for purchase that evening, but will be limited to 3 bottles per guest. 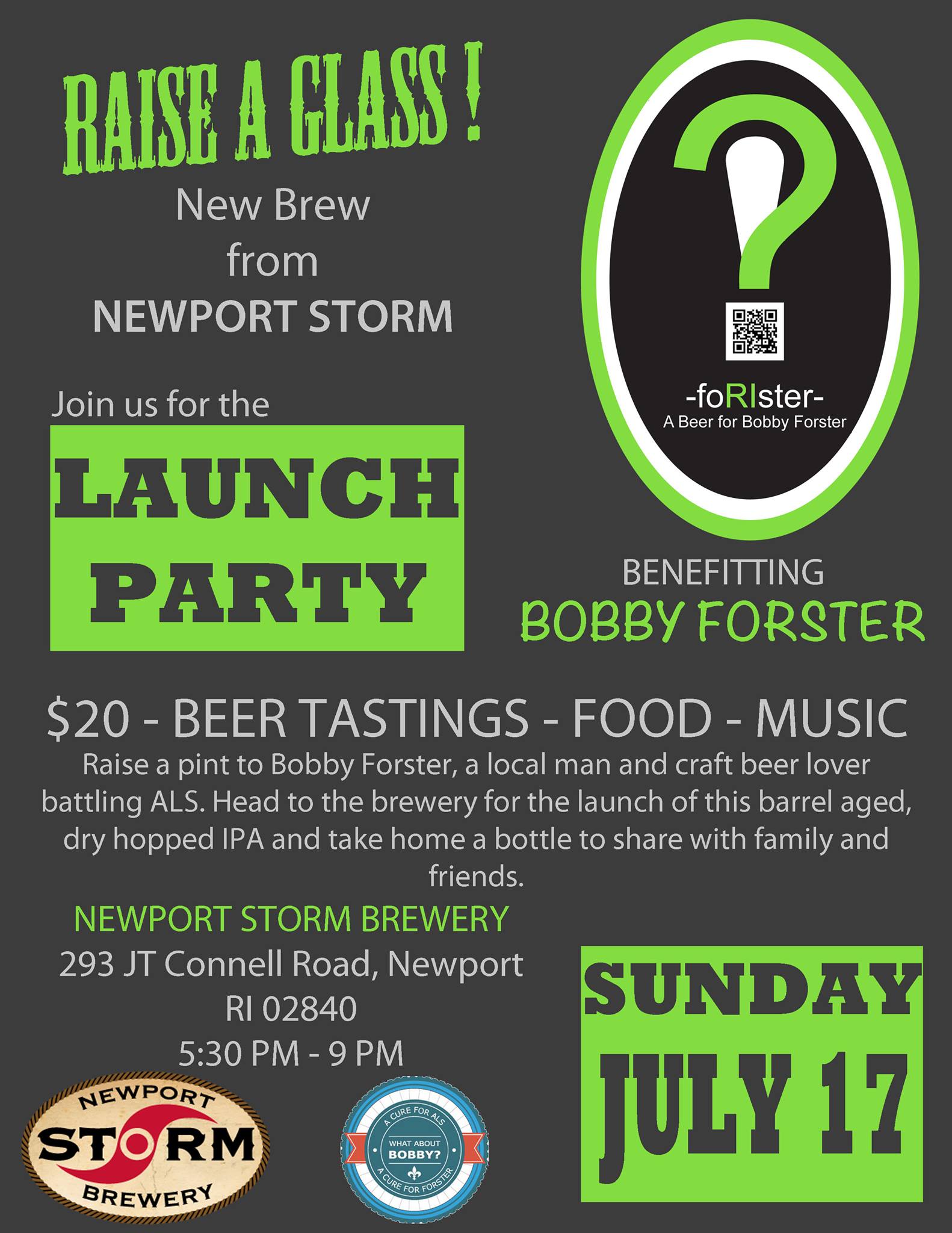 Bottles of foRIster will be on sale throughout Rhode Island, Connecticut and Pennsylvania starting the week of July 18th. A part of the proceeds from the sale of this beer will go to funding A.L.S research and Bobby’s journey. To find out more about Bobby, A.L.S. and how you can help visit A Cure For Forster.