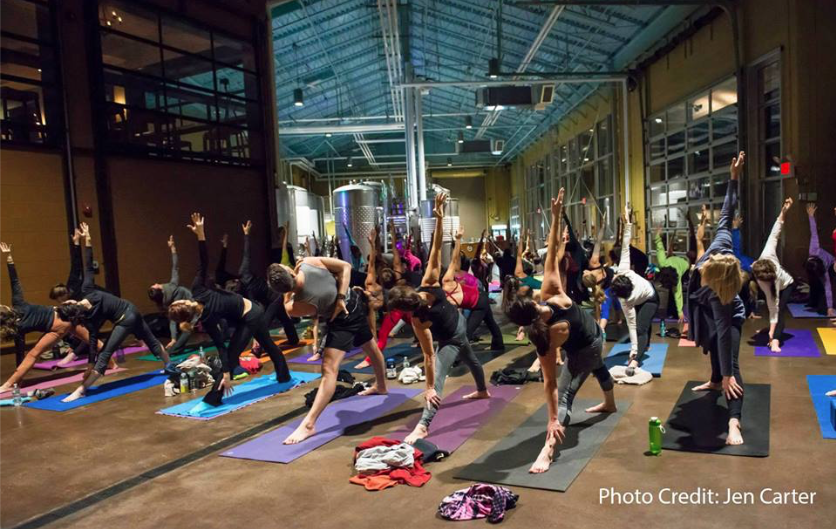 Go see a new champion get crowned in the final of Battle Chefs as Chef Derrick Marquiss from Stoneacre Pantry will take on Chef Joe Dumas formerly of Salvation Café.  Doors open at 8 pm and special guest bartender Alyssa Batone will be holding down the sports bar! Grab tickets at revolvingdoorri.com or at the door!

Shura Baryshnikov, co-founding artistic director of Doppelgänger Dance Collective, will talk about “Mercy Me: Creative Freedom through Acceptance of Self” when she presents the Atwood Lecture at Salve Regina University. Free and open to the public, Baryshnikov’s talk will be given on Wednesday, April 27 at 7 p.m. in Bazarsky Lecture Hall.

Join us for a $39 price fix beer pairing dinner at Hotel Viking. Enjoy special guests from the brewery (or distributor) to tell you about your beer. Reservations: (401) 848-4813 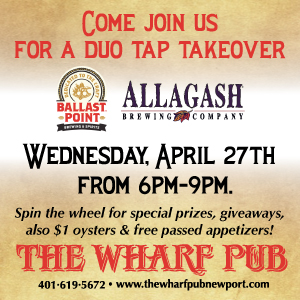 Be sure to call in and reserve your table to join us and cash in on delicious beers, prizes and $1 oysters.

Un-wine-d with a yoga class unlike any other. Set in our winery and presented by Thames Street Yoga & Shunya Studio, embark on a 1 hour and 15 mins yoga class, followed by a Newport Vineyards wine tasting. Dine at Brix Restaurant following the tasting to cap off the night. More Info

Thursday, April 28 from 5pm to 6pm at Rough Point

What was going through Ludwig’s head when he wrote his glorious Op. 18 No. 1 String Quartet? How could he have imagined the intricate conversation between voices throughout the piece? Join the Newport String Project in the historic Great Hall at Rough Point. The setting will be perfect to sit back with your favorite drink and enjoy a performance of this golden composition from the renowned master of the string quartet. More Info

Every April the crew at Storm rolls up their sleeves and gets to work on beautifying their brewery! This annual clean up consists of a little bit of everything- mulching, power washing the walls and breaking down pallets on the production floor to clear up space for our busy summer season. At the end of each clean up we tend to have a handful of pallets beyond repair so this year they’ll be offering up them up to the brewery gods with a bonfire on their side yard! The fire will be lit at 6pm and roar on until 8pm. Their gear store will remain open for growler purchases, which can be enjoyed out on the lawn, so grab your blanket or beach chair and join us! No outside alcoholic beverages permitted, but picnic baskets with snacks/dinner are allowed. Questions? Contact us at 401-849-5232 and ask for Clare! 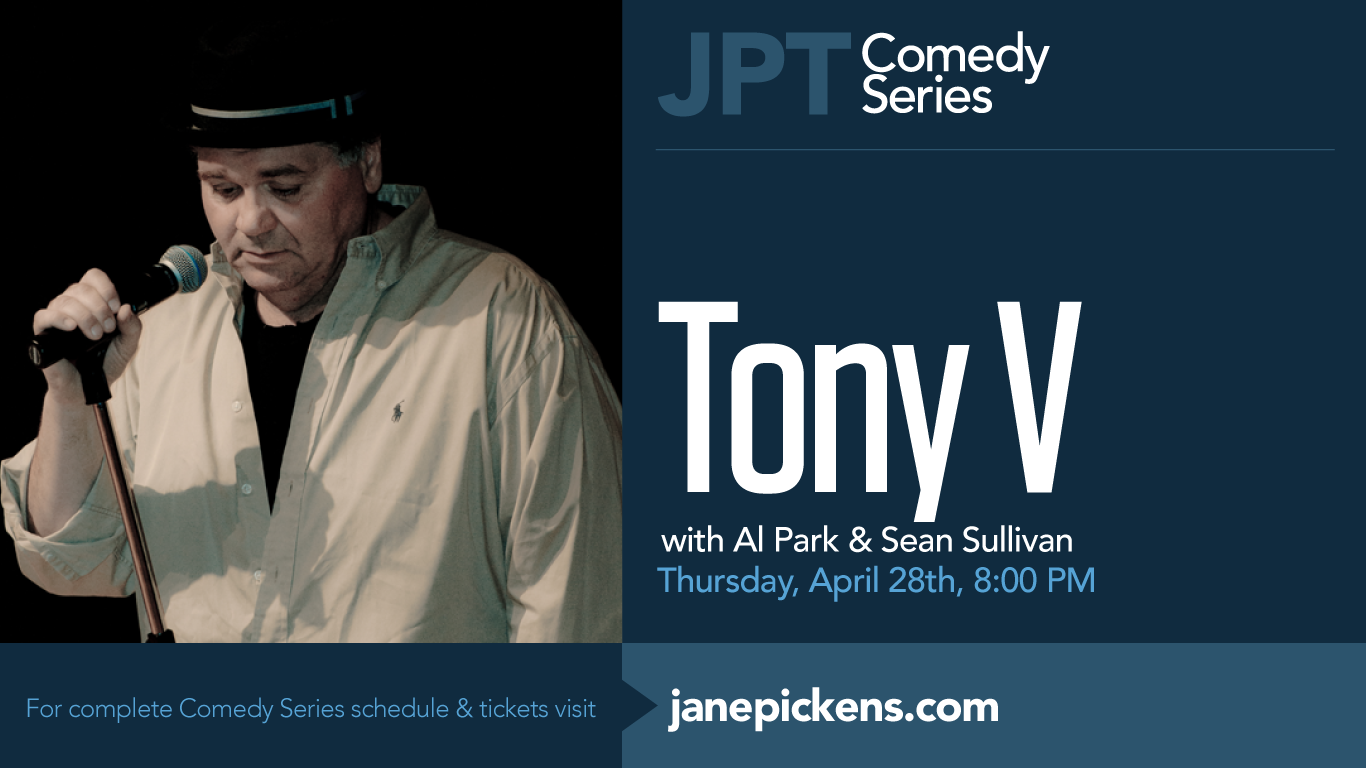 “John Tobin Presents” has partnered with the Jane Pickens Theater and Events Center to bring stand-up comedy acts to Newport for a series called “The JPT Comedy Series“. Tony V, Al Park and Sean Sullivan will kick off the series on Thursday, April 28th. Tickets are $20. More information and tickets.

Where to Find Live Music, Comedy and Entertainment This Week (April 25 – 28)