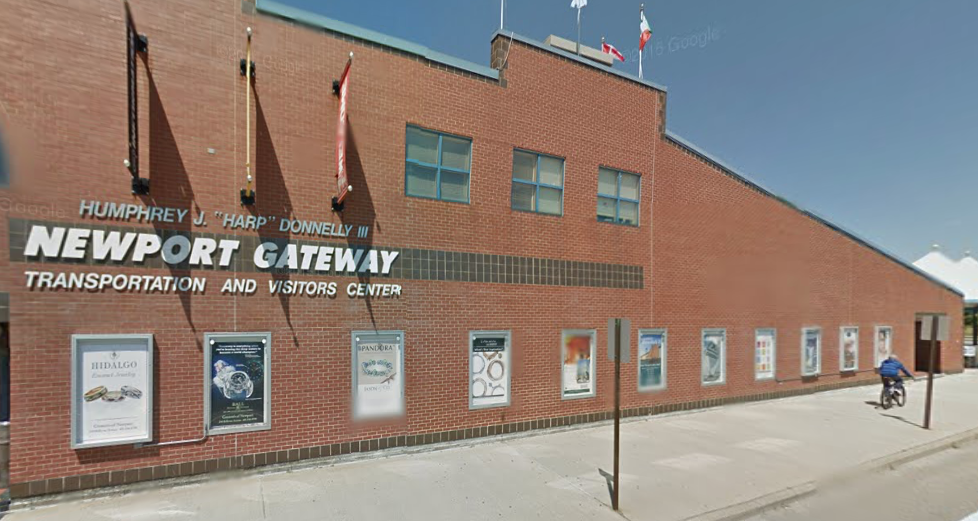 U.S. Senators Jack Reed and Sheldon Whitehouse and U.S. Representatives Jim Langevin and David Cicilline has announced that the Rhode Island Public Transit Authority (RIPTA) is being allocated an additional $4,346,001 in federal funding for exterior repair and improvement work at the Newport Gateway Center, one of RIPTA’s major transit hubs.  This brings the federal contributions for the project up to $6 million. 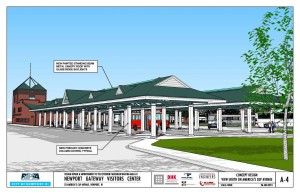 Last year, the Congressional delegation helped secure $1.6 million in federal financing to help RIPTA cover costs of rebuilding and strengthening infrastructure damaged by Superstorm Sandy in 2012.  RIPTA has already put the $1,602,000 grant, administered by the Federal Transit Administration (FTA), to work by starting design plans to improve passenger protection and reduce flooding at the Newport Gateway Center.  With the start of the design work, it became clear that more work than initially anticipated was needed at the transit hub and visitor’s center on America’s Cup Avenue.  RIPTA notified the FTA of the expanded scope of the project and has now been given a green light for an additional $4.346 million in repair and improvement work.

The federal funding will cover 90-percent of the roughly $6.6 million total project cost, with the remaining 10-percent being contributed by the City of Newport. The Newport City Council finalized its commitment to the project last month.

“I commend RIPTA, Mayor Napolitano, and their partners for making a successful case and I am pleased to have helped make these resiliency funds available.  This federal funding will help RIPTA rebuild smarter and stronger.  Not only will the new facility better serve the community, but it should also make the Newport Gateway Center more resilient the next time a big storm hits,” said Senator Jack Reed, the Ranking Member of the Appropriations Subcommittee on Transportation, Housing and Urban Development (THUD), who supported the establishment of a $3 billion competitive grant fund through the FTA’s Hurricane Sandy Resilience Program for public transportation resiliency projects in regions affected by Superstorm Sandy.

“Superstorm Sandy hit the Rhode Island coastline hard and we’re still finding damage it did to our infrastructure,” said Senator Sheldon Whitehouse.  “Congratulations to RIPTA and the City of Newport on securing funding to prepare a key part of our public transit system for the next big storm.”

“Newport is a major tourism destination for Rhode Island, and the Newport Gateway Center is its epicenter for residents and visitors alike.  Travel, tourism and elements of the city’s history and heritage are all housed in the center, and the improvements made possible through this funding will increase access not only to reliable public transportation but to all that our city by the sea has to offer,” said Congressman Jim Langevin.  “I am especially pleased that resiliency is a top priority in this project, as we better protect assets like the Newport Gateway Center for many years to come.”

“The Newport Gateway Center is a critical public transportation hub for residents of, and visitors to, Aquidneck Island,” said Congressman David Cicilline.  “I am delighted that Rhode Island will receive an additional $4.3 million to repair damage from Hurricane Sandy, create good-paying jobs in our state, and ensure that this important part of our state’s infrastructure is made stronger than ever before.  I congratulate RIPTA and Mayor Napolitano on their successful grant application.”

“We are very appreciative that there were still more funds available through this program,” saidRaymond Studley, CEO of RIPTA.  “Staff made a compelling case for additional improvements and FTA agreed, now allocating RIPTA a total of approximately $6 million from the $28 million federal program.  With the increased federal funding, the project will be able to better support City and State goals for green infrastructure.  I would like to thank our federal delegation for their continued support of RIPTA.”

“Every cloud has its silver lining,” Newport Mayor Jeanne-Marie Napolitano said referring to the storm that heavily damaged the Gateway Center.  “Now we are able to address not only the appearance of the center, but are able to incorporate drainage and ADA  (Americans with Disabilities Act) measures that will vastly improve our Gateway Center for visitors and residents alike.”

The Newport Gateway Center is an intermodal facility that houses the Newport Visitor’s Center, customer parking, bus berths, bicycle facilities, and taxi stands.  The bus berths are used by RIPTA, intercity carriers such as Peter Pan, tourist trolleys, and cruise ship shuttles to give visitors access to the many attractions of the Newport area.  From Newport Gateway Center, passengers are able to visit local attractions such as the Newport mansions, beaches, historic Belleview Avenue, Cliff Walk, and the Tennis Hall of Fame.  Passengers can also transfer here to RIPTA fixed-route services that provides key connections around the state, such as Amtrak’s Kingston Station, the University of Rhode Island, or farther north to Providence.  The Visitor’s Center includes a ticketing counter, bathrooms, offices, and extensive tourist information and interactive exhibits.  It is maintained by the long-term tenant, Discover Newport, the area’s official marketing organization.

The new plans call for reusing the existing steel columns to support a permanent, contiguous roof that can provide better passenger protection and also better withstand future storms.  The project includes drainage for the new roof and repaving of the sidewalks and parking areas.  In order to comply with Newport’s progressive sewer codes, as much storm water as possible needs to be kept on site and the plans will include a natural, attractive way to do that, such as a “rain garden.”

Currently, RIPTA is working with the City of Newport and a Design Review Committee created for the project to come up with a design that is functional, aesthetically pleasing and appropriate for the city’s historic waterfront. “Mayor Jeanne-Marie Napolitano and the City Council have been instrumental in making sure that RIPTA hears the thoughts and concerns of the community as this project progresses, as has Discover Newport, our partner at the Gateway,” said Lillian Picchione, Director of Capital Projects for RIPTA.  She added that the transit authority will continue to work with city officials and community groups to make sure there is continued public input as the project moves forward.

Additional project information can be found at www.RIPTA.com under the projects link.