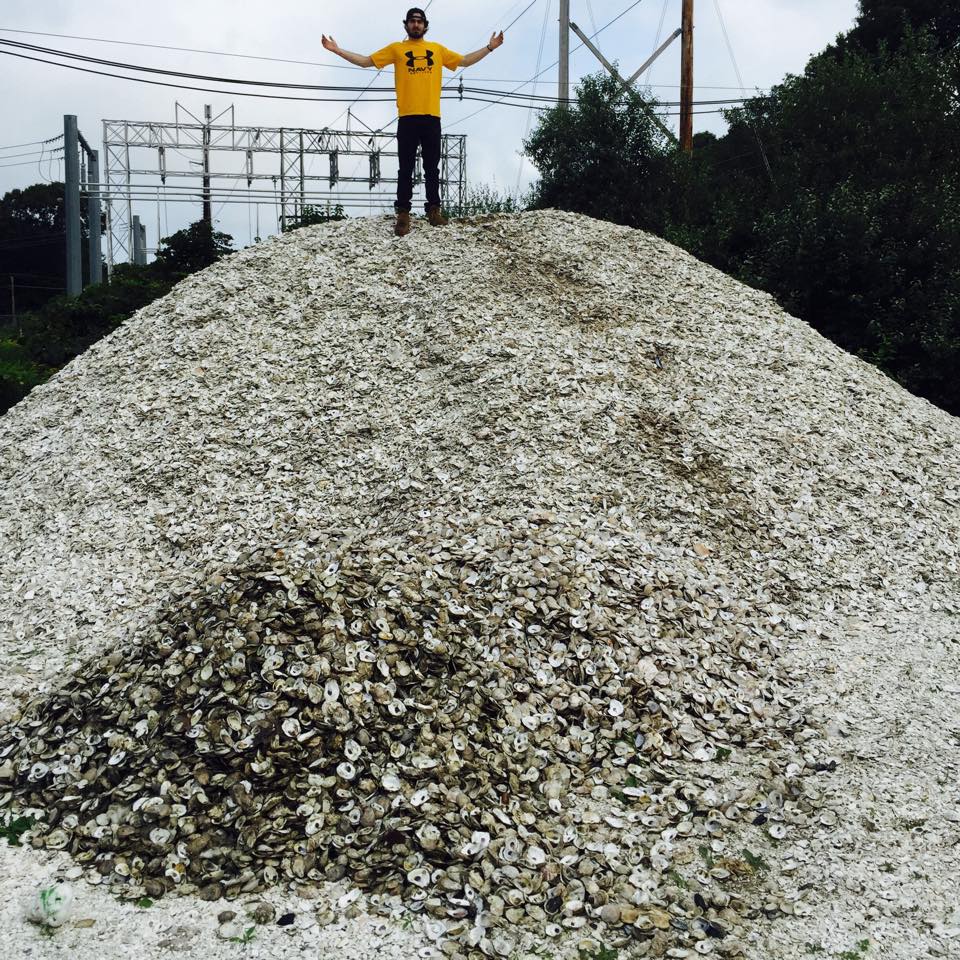 The Nature Conservancy is working with Newport Restaurant Group, Midtown Oyster Bar and a few other local seafood restaurants to bring back native oysters and restore essential habitat in Rhode Island’s coastal ponds and estuaries.

Oyster shells are collected from local restaurants on a weekly basis throughout the season and transported to a facility where they are allowed to cure outdoors in the sun, rain, and wind to weather away any remaining meat.

Working with volunteers and partners, The Nature Conservancy then places the shells into mesh bags or onto barges, and transport them to the tidal waters where they are used to build new reefs and enhance bottom habitat.

The shells provide a place for baby oysters to attach, grow, and thrive, bringing improvements to the health of surrounding waters.

The shells are also used to help create living shorelines to prevent erosion of salt marshes and
coastal wetlands. These projects are closely monitored throughout the year to measure their success and their contributions to tidal ecology — especially for producing native fish.

Midtown Oyster Bar tells What’sUpNewp that they donated approximately 54,000 used shells between June – September 2014, and expect that during the same time frame in 2015 that they will donate 70,000 used shells to the program.

To date, The Nature Conservancy has deployed more than 150 tons of recycled shell and created nearly one linear mile of reef in Rhode Island’s coastal salt ponds. It takes about 100 tons of shell to create one acre of new reef.

The best way to give back to the ocean and support the oyster shell recycling program to enjoy oysters at one of the participating restaurants!

Watch the video to learn more about The Nature Conservancy’s shell recycling program in Rhode Island.

For More Information On The Nature Conservancy Visit HERE