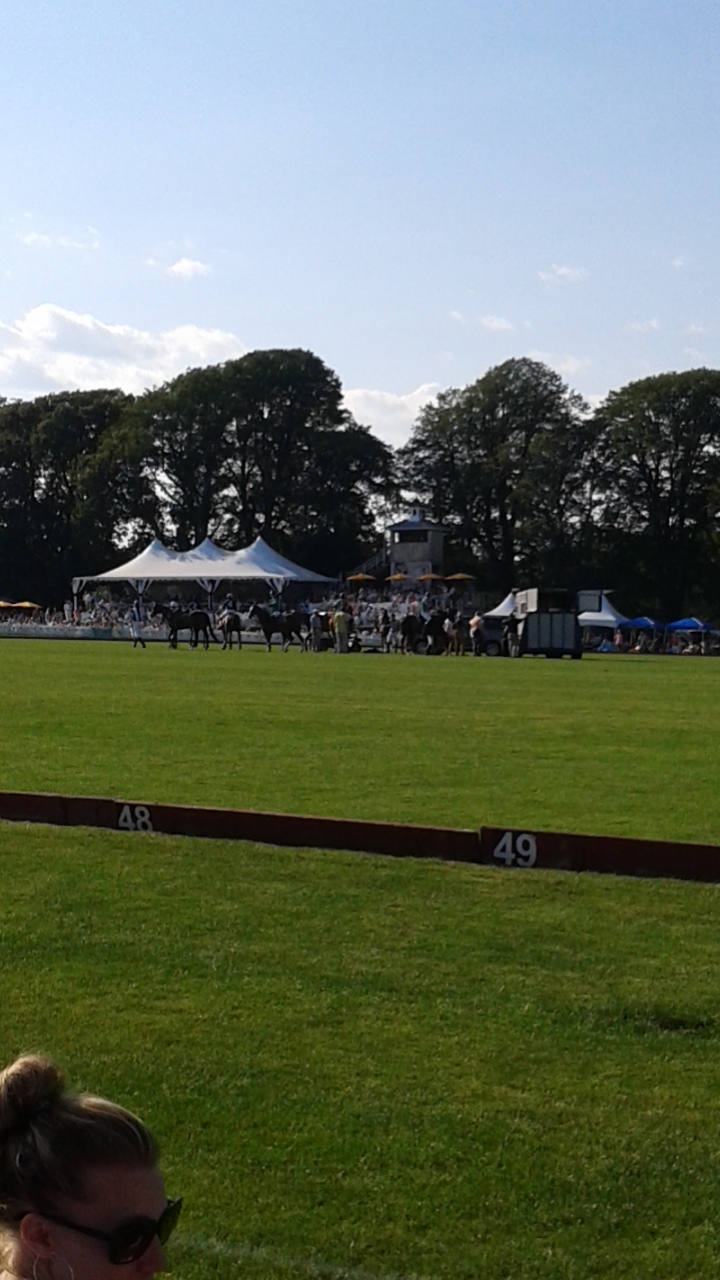 USA vs Ireland, the most anticipated face-off yet this season in the Newport International Polo Series, saw tragedy on Saturday afternoon.

Just after Ireland had one of the quickest scores possible and just minutes into the match, there was commotion on the field as a jockey from the Irish Polo Team fell off of his horse and onto the pitch. What was first a joke from the announcer “you need to stay on your horse”, soon become a serious situation in front of the packed crowd when the horse the jockey was riding could not get up off the ground.

With an apparent leg injury or injuries, the horse appeared to make the situation more difficult when it looked as if it got tangled in its reins, the announcer instructing over the speaker system “get the reins off”.

All other competitors, their horses, a horse trailer and at least six vehicles rushed onto the field, forming a circle around the injured horse. Some spectators in the crowd suggested it was to prevent the horse from trying to run, while others thought it was a move to prevent the audience from witnessing the effort to get the injured horse into the trailer.

After the horse was removed from the pitch and a round of applause for the horse, play quickly restarted. The announcer did share with the audience that since 2001 this was the first accident that he and organizers could remember.

A request for an update on the condition of the horse has not yet been answered from the horse’s owner.