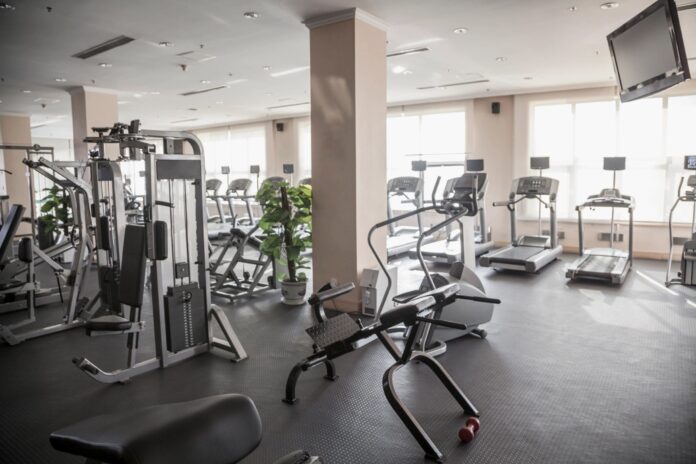 Significant changes in Rhode Island – via “Rhode Island on PAUSE” – will take effect on Monday, November 30 and extend through December 12 in an effort to slow the spread of COVID-19.

Among the changes are the closure of indoor sports facilities, gyms and group fitness, and organized sports.

The new restrictions aren’t “working out” for several local gym and boutique fitness owners, who are growing frustrated and are unsure about how to move forward.

“State leaders said they made their announcement based on data on how cases spread, yet there is zero evidence that fitness centers are a significant source of COVID-19 spread,” Planet Fitness, which operates 16 facilities in Rhode Island, wrote in response to an inquiry from What’s Up Newp on Friday. “In fact, a recent study tracing COVID-19 cases in San Diego found that only one half of one percent of cases stemmed from a fitness center, compared to eight percent at retail locations – which will remain open as we head into the busy holiday shopping season”.

Planet Fitness says they have had “no evidence” of cases being contracted at any of their facilities in the state.

Joseph Wendelken, Public Information Officer for the Rhode Island Department of Health, wrote to What’s Up Newp on Friday that RIDOH believes “there is evidence that gyms and fitness centers are sites of concern for COVID-19 transmission.”

Wendelken expounded by stating, “In August, the CDC published a study that identified 112 cases of COVID-19 and hundreds of exposed people, all associated with 12 fitness centers in South Korea. There have been highly publicized gym-associated outbreaks in Illinois, California, Canada, and many other locations.”

“This happens because the moist, warm air combined with turbulent airflow from exercising creates an environment in which droplets spread easily. We know that people breathe harder when they work out, which is how the virus spreads, especially in confined, indoor places. We also know that people are interacting with people who do not live in these settings. This is why many other places throughout the country have either limited or ceased gym operations temporarily,” Wendelken wrote.

Kelsey Collard, Co-Owner of Studio Barre Newport, doesn’t believe that gyms, group fitness, and boutique fitness should be grouped together.

“Our small businesses cannot afford to be closed again. Studio Barre is not a gym, and people are not moving around the room switching equipment and touching multiple surfaces,” Collard wrote on Facebook (Note: What’s Up Newp was given permission to use her comments). “Our 8ft by 4ft partitions allow for people to workout safely, in their own space, and they also have masks on the entire time they’re in (the) studio!”, Collard wrote.

Studio Barre Newport is among the long list of gyms and fitness studios across the state who have spent significant money and resources upgrading their space to make it safe for guests under the current COVID-19 restrictions for gym and fitness centers.

“We have windows and a door in the studio which we leave open whenever possible. We should not be closed when restaurants, nail salons, and hair salons can remain open. Boutique fitness is a necessity for people’s well-being and mental health. The holiday season is our busiest time of year, and being closed during this time is going to really hurt us” Collard wrote.

Collard, and many in the boutique fitness world, are sharing a change.org petition calling for Governor Raimondo to keep boutique fitness open in Rhode Island. As of the publication of this story, more than 300 people had already signed the petition.

“Access to fitness centers is also more critical now than ever as physical activity plays an important role in maintaining a healthy immune system and reducing COVID-19 risk factors such as obesity, heart disease, lung disease, and diabetes. People need affordable access to fitness – and with colder weather in RI and early sunsets, they can’t easily and safely work out outside,” Planet Fitness wrote at the end of their statement.