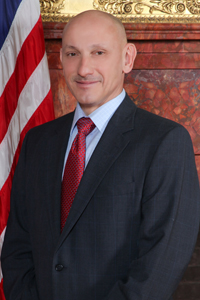 “It’s no secret that our state and nation’s infrastructure is crumbling at an alarming rate.  The backbone of our country has been left to wither for far too long and significant action is needed immediately.  Benefits of the passage of this legislation is not only the repairing of our existing transportation infrastructure, but also the creation of 25 million high-paying jobs and future projects that will put our country into line with the rest of the world.   Some of these projects include enhancing the reliability, resiliency and capacity of our electric grid, including addressing the cybersecurity challenges, high-speed rail and other desperately needed projects.  This is why I participated in this virtual panel, joined by various experts from across the country who recognize the importance of this federal bill.  It was an extremely productive meeting, and it will all be for naught if H.R. 6422 is not passed.  I ask everyone to contact your federal delegation and stress the need for this very important bill to be passed into law,” said Senator DiPalma in a press release.

The panel stressed the significance of H.R. 6422 (“The National infrastructure Bank Act of 2020”) which would create the bank with $4 plus trillion in lending capacity and the ability to repair all of the crumbling infrastructure in the country, such as bridges and roads.  In addition, there would be substantial funds available to create a new nationwide system of high-speed railroads, build new affordable housing, and make broadband available everywhere.  When created, this will be our country’s fifth such bank, the first being created by Alexander Hamilton and the most recent one created by President Franklin D. Roosevelt during the Great Depression.

Many state, county and local governmental entities and labor organizations have already passed resolutions in support of H.R. 6422, including Providence, RI.

The webinar, which was recorded, can be found at the following URL:  https://www.youtube.com/watch?v=F5AH6tliqUs&feature=youtu.be 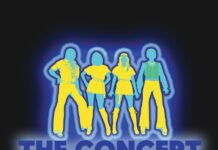 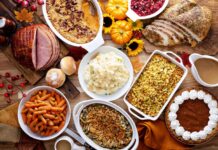 What’s Up Newp Would Like To Know: How do you plan to celebrate Thanksgiving?