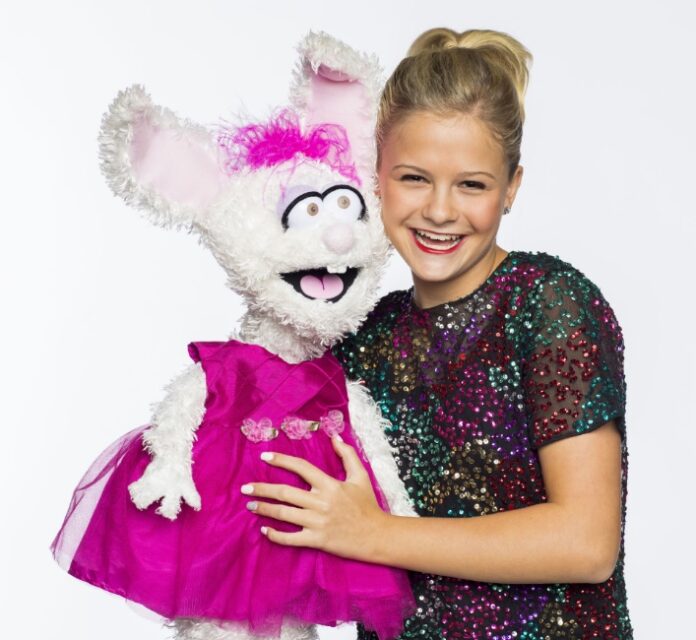 Comedian, singer, and ventriloquist, Darci Lynn Farmer is bringing her show to the Yarmouth Drive-in on Cape Cod on Sunday Oct. 4. The “America’s Got Talent” winner will perform live at one of New England’s largest entertainment complexes on Sunday, October 4. The family-friendly show begins at 3:00 PM. Tickets are on sale at yarmouthdrivein.com.

We’re offering a free pass to the show – that’s a carload of up to four people. Just send an e-mail to mrabrams@aol.com with “Darci Lynn Ticket Giveaway” in the subject line by Thursday, Oct. 1 at 5PM. Be sure to list your name and a phone number where we can reach you. We’ll contact the winner Thursday night. You must reply by Noon on Friday, Oct. 2 to claim your pass.

More about Darci: Growing up in Oklahoma, singer/ventriloquist Darci Lynne has always been close to her family and relies on their support and encouragement. In her younger years, Darci participated in talent-based pageants to overcome her shyness. She was soon introduced to the art of ventriloquism and decided to try it out for herself.

After only having her first puppet for two weeks, Darci began performing in talent shows in her home state and beyond. She was determined to audition for her first talent show, ultimately leading her to audition for the biggest talent show on television. She eventually became the youngest contestant to ever win NBC’s “America’s Got Talent” garnering over 67M views on AGT’s YouTube and the most votes for a final performance in the history of the show. She won the hearts of America with her sweetheart disposition and undeniable talent.

In 2018, she kicked off her national tour selling out her first headlining family friendly show in just six minutes, continually adding shows to meet the overwhelming demand. On the heels of a record-breaking 2019, the gifted singer/ventriloquist Darci Lynne is hitting the road once again.

What is Drive-On? Drive-On is a new way for bands and entertainers to interact with fans. When guests arrive they have their own parking suite waiting for them (with enough room to socially distance from one another). Fans will be able to Drive-On, tune-in, and rock out with their favorite entertainers in a way that wasn’t possible just a few weeks ago.

Featuring three massive high definition LED screens and a stage, the Yarmouth Drive-in on Cape Cod has been designed to seamlessly present first-run and legacy family movies, alongside live comedy and music and the return of major league sports including Boston’s own Red Sox, Celtics and Bruins. The state-of-the-art screens are more than 40-feet wide and can be viewed even during daylight hours. Operating on the site of the Old Yarmouth Drive-In, the new site is one of the largest entertainment experiences operating in New England during the Covid-19 pandemic.

Tickets for Darci Lynn Farmer, Sunday, October 4, 3:00PM at the Yarmouth Drive-in on Cape Cod go on sale Friday, September 18, 10:00 AM at yarmouthdrivein.com. Tickets will also be available the day of show at the gate, subject to availability. Each ticket will cover one car with up to four people and range from $155 to $225 depending on where the guest wants to park. Fans with more than four guests in their vehicle can purchase additional tickets (up to three additional guests) for $35 per person.

All guests are asked to join the Cape Club at yarmouthdrivein.com for the latest news about upcoming attractions, and first access to tickets. The Yarmouth Drive-in on Cape Cod is located at 669 Route 28, West Yarmouth, MA.