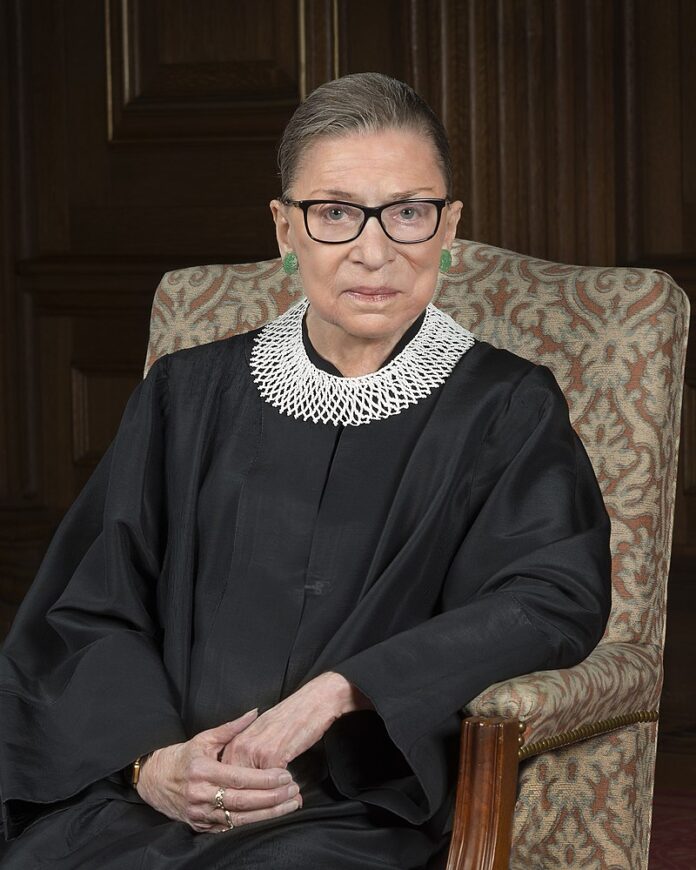 In 2004, Ruth Bader Ginsburg gave the keynote address at the annual George Washington Letter Reading Ceremony at Touro Synagogue, in Newport, Rhode Island.  That year, we celebrated 350 years of Jewish Life in America. Justice Ginsburg was the sixth Jewish Justice on the U.S. Supreme Court. As Bernard Aidinoff, the chairman of the Touro Synagogue Foundation at that time, and longtime friend of Justice Ginsburg, said in his introduction of her, “Ruth really represents the fulfillment of the American Dream and the changes that have occurred in our country during the second half of the 20th century. She is the daughter of immigrant parents, raised in Brooklyn, NY, educated in New York City public schools and attended Cornell as a scholarship student.” Her presence at Touro Synagogue reinforced this symbol of religious freedom on which Rhode Island was established.

During her address, Justice Ginsburg commented that “True as press reports, antisemitism’s ugly head remains all too visible in our world.  Even so, Jews in the United States seldom encounter the harsh antisemitism that surrounded Judah Benjamin or touched (Louis) Brandeis when the Senate debated his nomination (to the Supreme Court). I pray we may keep it that way.”

The Touro Synagogue Foundation was truly honored to host Justice Ginsburg and, as we grieve her loss, we strive to uphold her legacy of seeking justice for all.

Letter | Paul Marshall is the representative that our city needs

Letter | Who do you want to represent the 2nd Ward on Newport City Council?