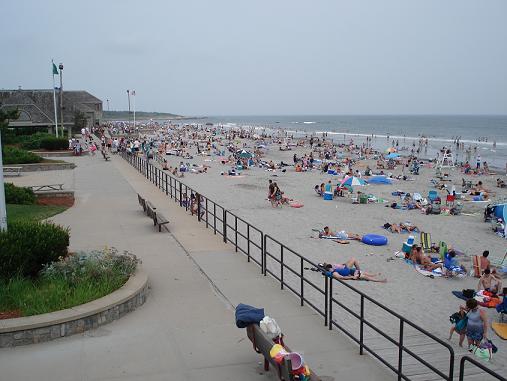 The Department of Environmental Management announced this morning that at around 7 AM, a US Coast Guard helicopter located the body of a swimmer who went missing last night about a half-mile off Scarborough State Beach in Narragansett.

Narragansett Police and Fire received a 911 call at about 9 PM Sunday that a swimmer had gone missing at 7:30 PM at Scarborough. The beach was closed and no lifeguards were on duty. DEM restricted swimming to waist-deep at state beaches Sunday because of strong surf and riptides following the storm system that went through Rhode Island Friday, July 10, into Saturday. Lifeguards at Scarborough made several rescues near Black Point throughout the day. At one point, beach managers restricted swimming to knee-deep.

DEM’s Division of Law Enforcement and Narragansett Police and Fire searched last night and resumed at sunrise today. A Narragansett Fire boat recovered the body after it was spotted by the Coast Guard helicopter.

Service canceled for Newport to Providence Ferry on Tuesday