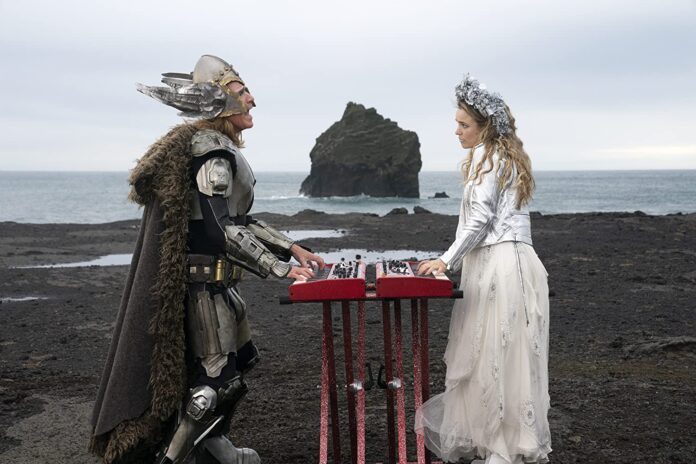 One of the earliest scenes in Will Ferrell’s newest movie, Eurovision Song Contest: The Story of Fire Saga, encapsulates both its greatest strength and its greatest weakness: Ferrell and Rachel McAdams, as their Icelandic characters Lars and Sigrit, perform in an overly dramatic music video for their song, “Volcano Man.” For viewers unfamiliar with Eurovision, the annual, international song competition for primarily European countries, the sequence might just read as ridiculous (and hilariously so), but aside from a few parodic flourishes, the recognizability of the stars is the only thing that distinguishes it from actual entrants. The filmmakers clearly get Eurovision, and that place of understanding is responsible for what comedic success they do have— the peak of which is, unfortunately, the music video. It simultaneously proves the humor of the premise and makes the best case against turning it into a feature film.

In a brief prologue, a young Lars is inspired by ABBA winning Eurovision in 1974 and declares he will one day win the competition for Iceland. Decades later, as a middle-aged man still living with his disapproving father (Pierce Brosnan), he continues to chase his dream, supported only by his childhood friend and (actually talented) singing partner, Sigrit. When a convoluted series of events has their duo Fire Saga representing their country, that dream is finally within reach, but Lars’ overwhelming need for victory threatens to drive a wedge between them and derail their already slim chances. The plot also includes what seem on paper like interesting subplots, such as a frayed father-son relationship, meddling competitors, and a deadly conspiracy, but they play as lip service more than actual story, existing only to take the audience from joke to joke, set piece to set piece.

That approach to comedy isn’t inherently a bad one— if all those jokes and set pieces land, you’d hardly care how thin the line connecting them is. But when the laughs fade away, you naturally look elsewhere to sustain your enjoyment, and character and plot would be the most logical alternatives. A clever, interesting story could hold our attention, but the script makes every outcome so obvious that it’s clear they don’t want us to care about them, and repeatedly thin characterizations make them similarly difficult to invest in. Performances can sometimes carry this weight, as Dan Stevens illustrates in this film— though his character, the overcompensating Russian entrant Alexander Lemtov, lacks depth, Stevens commits to the caricature in a way that keeps him enjoyable to watch. Rachel McAdams similarly does her best, but a higher percentage of screen time leaves her more exposed, and the script ultimately fails her.

Choosing not to flesh out the narrative puts a great deal of pressure on the comedy, which The Story of Fire Saga delivers only in flashes, leaving multiple stretches of the two-hour runtime that feel like someone put the film on cruise-control. The central idea is clearly a funny one that proved difficult to mine for material, and it seems the writers believed they could make it work by sheer willpower alone. Instead of extending the laughs, however, they ended up expanding the space between them. 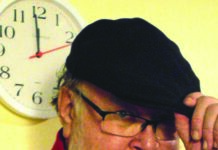 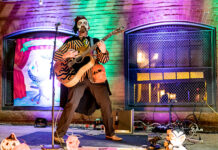