The Preservation Society of Newport County announced today that they were forced to cut back staff as result of closing during pandemic, expiration of federal aid.

Because of the expiration of federal Paycheck Protection Program (PPP) funding and the continuing loss of revenue due to the effects of the coronavirus, the Preservation Society has been forced to drastically reduce its staff and operations until normal commerce returns, the nonprofit announced in a press release this afternoon.

A total of 231 full- and part-time Preservation Society employees have been laid off. This represents 69 percent of the staff.

The Newport Mansions have been closed and all revenue-generating events canceled since March 15, according to the Preservation Society. The PPP funding allowed the nonprofit organization to keep many employees on the payroll, but with its expiration and the continued loss of revenue, these layoffs were unavoidable.

“We have created a fantastic plan to safeguard the health of both museum guests and employees at both houses and we are eager to see visitors again,” Coxe said.

According to the Preservation Society, “Thanks to phenomenal underwriting from key donors, the jobs of those who will work at The Breakers and The Elms, 50 in total, will be saved for the next few months. Fundraising will continue until all the funds needed to stay open through December have been secured”.

The Preservation Society says they look forward to renewing and gradually growing its service to Newport and Rhode Island in the months ahead as we all adjust to the new public-health realities. 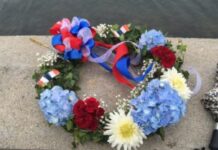