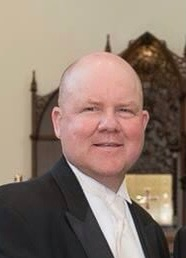 Paul E Burke, of Newport passed away June 6, 2020. He was the son of Helen and Paul Burke Sr., and brother of Michael, Ginger, James and Lisa. Paul was a graduate of La Salle military academy and Salve Regina University. He was the loving husband of Marcela Burke for 33 years and the devoted father of Ryan (wife Sheila Burke) and Dylan Burke. Paul was also the uncle of Alex Burke, Priscilla and Isabella Amyzial. Paul’s favorite and most honored title he held was “Popi”, which is what he is known as by his beloved granddaughter Gracie and grandson Owen. Paul was the epitome of a family man who treasured every moment he was able to spend in the company of his family. He looked forward to the days he looked after his granddaughter where he would teach her how to get the upper hand in hungry-hungry hippos and negotiate the terms of her nap time which would always end in Gracie’s favor. For those lucky enough to know Paul what they would tell you is he had an infectious laugh and wonderful sense of humor. He had the ability to make you smile in the most difficult of situations. While receiving care at Dana Farber if you happened to be in the elevator with him and asked him to push the button for level P4, without fail he would reply “P4 you go, could be a long ride home”, which would lighten the mood of everyone’s tough day. Paul will be dearly missed by his family, he will be remembered for his bright smile, kind heart and unmatched fighting spirit. We love you and miss you but know you will forever be with us.

Paul’s family would like to extend their deepest gratitude to Dr. Glenn Hanna , Michelle Mullin,S.,R.N and his team at Dana Farber. Thanks to Dr. Hanna, Paul was able to beat stage 4 cancer giving him and his family valuable time together which his family will always value and be forever grateful for. In addition to Dr. Hanna Paul’s family would like to thank Visiting Nurse Home & Hospice of Portsmouth for the wonderful care they provide Paul over the past few years. Paul’s family asks that in lieu of flowers, you are invited to make a gift in honor of Paul to Dana-Farber Cancer Institute’s Dr. Hanna. Checks can be made payable to Dana-Farber Cancer Institute. Please include in the memo “in honor of Paul Burke – Dr. Hanna”. Checks may be sent to: Attn: Kelley McNamara Dana-Farber Cancer Institute, Division of Philanthropy, 10 Brookline Place West, 6th Floor Brookline, MA 02445-7226 or Visiting Nurse Home & Hospice of Portsmouth RI.

Calling hours will be held on Sunday June 14, 202 from 12:00 pm to 4pm in the Memorial Funeral Home 375 Broadway in Newport. A Memorial service will be held immediately following calling hour, at 4pm in the funeral home. Due to the attendance restrictions in place due to COVID19, the RIDOH limits the number of people to 15 people at a time, so waiting times may be longer than expected. Cloth face covers are required before entry is allowed, thank you for your cooperation.

Burial will be private