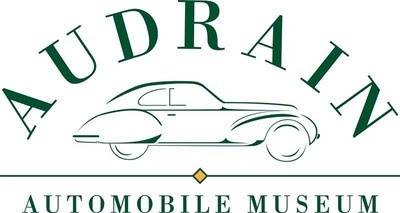 The Audrain Automobile Museum announced today that they have acquired the Nicholas Begovich Collection for future display with the Museum’s collection in Newport.

“Comprising fourteen post-war sports and grand touring cars, the collection represents the vision, fascination and lifetime passion of Nick Begovich, a brilliant and accomplished electrical engineer and physicist whose professional accomplishments and success allowed him to realize his love of engineering and design excellence in cars,” the Museum said in a press release on Thursday.

Begovich, who recently passed away earlier this month at the age of 98, donated the collection to California State University, Fullerton from which the cars were acquired for display in Newport. It is the single largest cash amount given to Cal State Fullerton and the largest gift to the public university’s Center for Gravitational-Wave Physics and Astronomy, which opened in 2012.

“I am thrilled and we are so grateful to be able to share Nick Begovich’s wonderful and historic cars with our visitors here in Newport, and through our digital initiatives with the world.” said Audrain CEO, Donald Osborne in a statement. He continued, “The collection includes some of the most important, rare and desirable cars in the world and together with other cars which our Museum exhibits, including the 1907 Renault 35/45 ‘Vanderbilt’ racer, the Schumacher/Irvine 1997 Ferrari F310B F1 car, the 1927 Isotta Fraschini 8AS Fleetwood Roadster, 1901 Winton Runabout, 1948 Tucker to name a few, allows us to make the stories tell in our exhibitions and events even more compelling.”

Many of the cars in the collection were purchased by him new and lightly used, making them outstanding original examples. They include a 1969 Lamborghini Miura which he picked up at the factory in Italy and drove only 3,758km; a 1956 Porsche 356 Speedster, bought new in Los Angeles and showing 10,441 mi; one of six extant ATS 2500 GTS coupes, and even rarer, one of the competition models; two early ’50s Pegaso coupes, an ultra-exotic Spanish sports car of which only 84 were made; and what is well known to be the most original example of Porsche’s iconic 904 sports racing coupe- in Nick Begovich’s hands from new in 1964 and having been driven only 2,837km.

In the future, Audrain Automobile Museum says a special exhibition is planned featuring the cars of the Begovich Collection together to show how his spirit and personality was so vividly expressed in the cars he gathered and so lovingly cared for over decades.

According to the school, about $7 million will support the center’s internationally renowned faculty and student gravitational-wave research, and will fund a state-of-the-art laboratory and the upgrade of computational resources to allow students and faculty to continue in key roles in the discoveries of gravitational waves.

The remaining $3 million will support interdisciplinary research in sustainable energy and power in the College of Engineering and Computer Science. Begovich was fascinated with engineering and computer science programs, including student projects to build a formula-style race car and an off-road vehicle for collegiate competition. 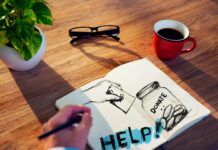