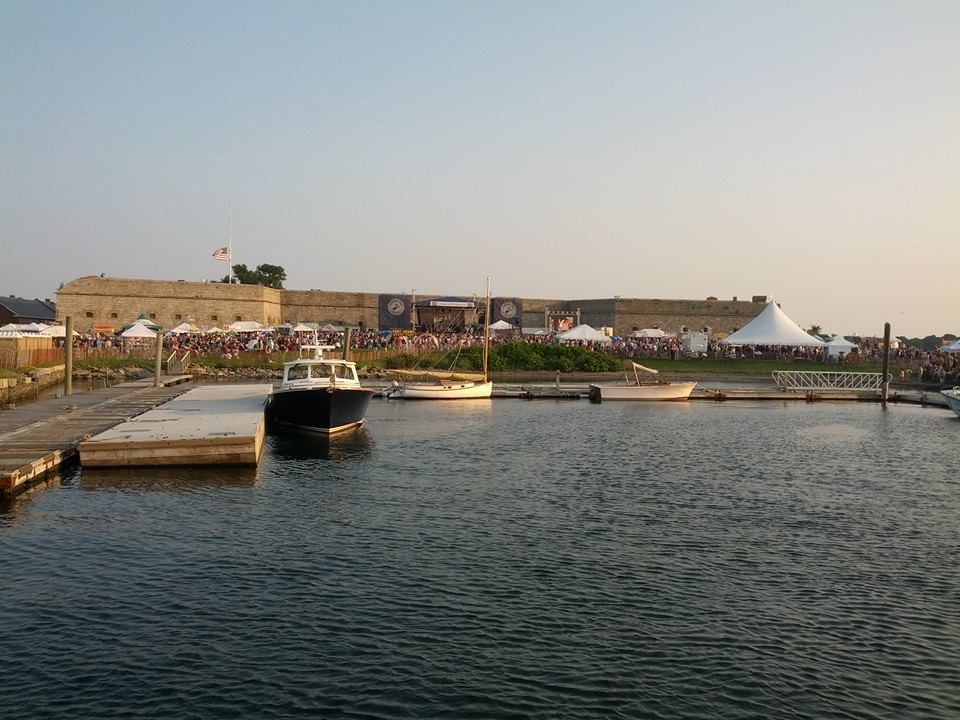 Yesterday’s announcement by Governor Raimondo ended any hope for scheduled events larger than 50 people for this coming summer.  Weddings, regattas, rehearsals, and subsequently, the Newport Jazz and Newport Folk Festivals all fell victim to this decree.  While opinions on this declaration differ, one thing that is for certain is that this summer is going to be unorthodox to say the least.

Jay Sweet, director of the Newport Folk Festival, penned (in this case typed) a heartfelt letter to the Folk Festival community. “This is the letter I was praying I wouldn’t have to write, feeling we need the healing powers of live music more now than ever.  It is with the heaviest of hearts we announce the cancellation of the 2020 Newport Folk Festival.”

As Sweet alluded to in his letter, the Newport Folk Festival community is a unique experience in the world of music and unlike anything else;  Maybe it’s the annual excitement that builds throughout the year or energy that then permeates throughout the city that weekend when artists are mingling around town.  Or perhaps it’s the natural acoustics that bounce off the walls of Fort Adams, America’s largest coastal military fortress that was constructed when John Adams was in office.  It could be the overwhelming sense of community you feel when attending, where people of all different socio-economic backgrounds are unified by the sights and sounds of the festival.  Regardless of what it may be to you personally, the Newport Folk Festival is an enchanting experience.  That can not be denied.

More often than not, I have found myself working much of this weekend as it tends to be one of the busiest weekends of the summer each and every year.  However, I have made a conscious effort to take at least one of the days off to enjoy the Festival personally.  Every time I have spoken to someone about their Folk Fest experience, there’s always a particular anecdote that stands out.  If you have ever had the opportunity to attend this event, you’ll quickly learn that everyone has a specific memory that resonates with them, something I like to call their “Folk Fest moment.”

My Folk Fest moment came in 2015.  It was my first summer bartending again in Newport after leaving my management role at The Mooring.  That summer, my friends Bobby, John and I purchased a 24ft’ sailboat named Good Karma after falling into conversation with a kind older gentleman at Fastnet who was selling his 1967 Tylercraft.

That weekend, my friends brought the boat out to Fort Adams and anchored down very early each morning to get good viewing position of the main stage.  The weather was particularly dreary all day, with cloudy skies drizzling light rain on festival goers.  The iconic Roger Waters headlined the main stage that evening and as a Pink Floyd fan, I couldn’t have been more excited.  The psychedelic rifts for which Pink Floyd is known for don’t necessarily emulate ‘folk’ music by any means, however, this set married the distinct sounds of both genres and made for a performance I won’t soon forget.

Backed by My Morning Jacket, a rock band from Louisville, Kentucky with support from Lucius, an indie pop band from Brooklyn, Waters navigated a set list that told a story and resonated with me on a deep personal level.  About halfway through the set, I recognized the intro to “Wish you were here,” a song that I grew up listening to with my father on the car ride into school when I was an adolescent.  My father was a modest man, who loved music and played the guitar in front of the fireplace to my brother and I growing up.  He passed away when I was ten years old after a battle with lung cancer.

That day, I remember standing on the bow of my boat, accompanied by my close friends, listening to a song that reminded me of my father.  “How I wish, how I wish you were here…” I sang to myself as I thought of him as the rain continued to fall.  Towards the end of the set, the rain tapered off and the clouds started to roll away, giving way to a ray sunlight through a crack in the clouds.

I am not religious by any means, but just for a moment that day, I felt like my dad was there watching the set with me.  By the end of the set, the rain had passed, and the sun was shining just as it began to fall.  The sky that night was unbelievably beautiful, and a rainbow briefly showed its colors before the sun set.  It was an incredible moment and Waters closed the festival that day with Bob Dylan’s “Forever Young,” a fitting mantra for the Newport Folk community.

Newport Folk Fest means something different to everyone who has ever attended.  Some travel here for the party, some for the music, some for the comradery.  Whatever it may be, it is always surrounded by a feeling of optimism, happiness and hope.

Looking back to the official cancellation announcement, Sweet writes “As devastating as it is to write those words, it’s balanced with a renewed sense of, well, HOPE.  It’s Rhode Island’s motto for good reason and it’s also the feeling you, our festival family, constantly exudes when we come together in good times and perhaps more importantly, in difficult times as well.”

While this year’s Folk Festival may be cancelled, we can only look forward to next year and keep the spirit of the event alive.  There is opportunity to donate to the festival foundation and information can be found on their website, www.newportfolk.org.  The sustainability of this festival relies on its patrons and partners and continued support is necessary in order to look forward to future event.

I’ll never forget my Folk Fest defining moment and I hope during these trying times, you look back in bliss and reflect on how this incredible event has impacted our community in so many wonderful ways.

Be Present. Be Kind. Be Open. Be Together… now more than ever.

Have your own Folk Fest moment? We’d love to hear about it and share it. Email it to ryan@whatsupnewp.com.